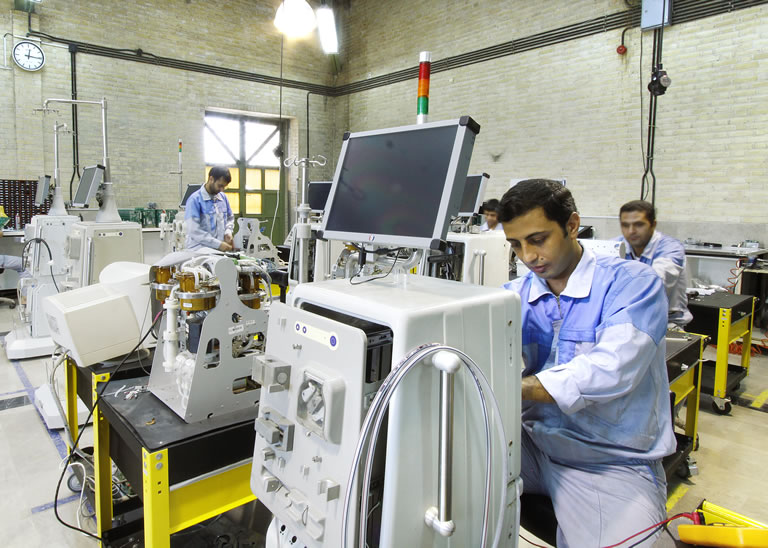 Ali Taheri, the head of electronics and software department at Arya Teb Firouz Medical Equipment Company, announced that Iran has joined the eight countries in the world that can mass-produce hemodialysis machines.

Arya Teb Firouz is the only company in Iran that manufactures haemodialysis machines, putting the country in the small list of countries that are able to produce such machines, Taheri said, as reported by IRNA and translated by IFP.

“Such countries as Germany, Japan, China, Italy, and the US are producing and releasing these machines, and we are the ninth company manufacturing it worldwide,” he went on to say.

The semi-industrial production of the haemodialysis machine was carried out by Iranian researchers, Taheri said, adding that the company can manufacture as many as 1000 machines per year.

The machine has passed all standard and clinical tests and received all required licences and approvals from Iran’s Health Ministry and Tehran University of Medical Sciences, Taheri said, explaining that the machine is being pilot-tested in two hospitals in the capital city.

Talks are underway with several countries, including Tajikistan, Kyrgyzstan, and Afghanistan, for the export of these machines, and with Iraq for the establishment of a dialysis centre, he added.

“We are seeking to receive European and American licences, including the FDA’s, to expand our exports,” Taheri said, adding that such licences would prepare the grounds for the export of these machines to developed countries as well.

Haemodialysis is a process of purifying the blood of a person whose kidneys are not working normally. It is a way of cleansing the blood of toxins, extra salts and fluids through a dialysis machine called an “artificial kidney”. It helps maintain proper balance of bodily chemicals such as potassium, sodium and chloride, and it keeps blood pressure under control.