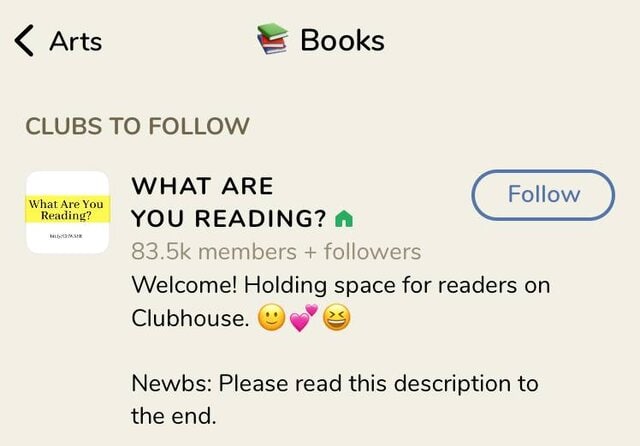 Literary and book-reading sessions have become part of the rooms of the social platform Clubhouse these days while they had mostly been closed down in recent years due to different reasons.

Even the remaining ones had been totally shut down due to the coronavirus pandemic.

Iranian poet, lyricist and literary critic Alireza Raheb lost his life to COVID-19. He is not among us anymore to see that instead of routine literary circles in the physical world, numerous rooms under the name “book-reading” have emerged in the virtual world with the presence of individuals who do not often have specific identities. He believed the virtual world is currently the hub of producing poets and authors in Iran, meaning literature does not exist there in the real sense of the word.

Several other poets and writers share the same viewpoint when it comes to the presence of literature and books in the virtual world. Of course, due to the coronavirus outbreak, the virtual world has now become the only available platform for holding literary circles and meetings.

One of the virtual platforms where users have made their presence felt is Clubhouse.

Clubhouse has been so controversial. Some say only the wealthy and those who have Apple cellphones (devices running on the iOS operating system) are allowed in. Moreover, one needs to have an invitation from a Clubhouse member to be able to join, which has made users sell invitation letters at exorbitant prices. All that being said, Clubhouse does not offer any features which are strikingly different from those of other social media outlets, and sometimes its features are not on a part with those of other virtual platforms.

Now, we come to the rooms of Clubhouse where a number of Iranian politicians as well as other well-known people have also been present.

Still, you may find titles such as “Arts,” “Books” and “Writing” under the categories of Clubhouse rooms.

And that is why they say some people have entered Clubhouse with neckties and BMWs while some others have made their presence felt in this social media outlet with their books.

Some prominent literary figures have also got on board.

The number of followers of some literature rooms on Clubhouse is considerable. As a case in point, the Harry Potter page has more than 16,000 followers.

All in all, the path ahead of Clubhouse looks hazy, and this social media outlet could be filtered, leading to the closure of virtual literary circles as was already the case with literary gatherings held in the real world!