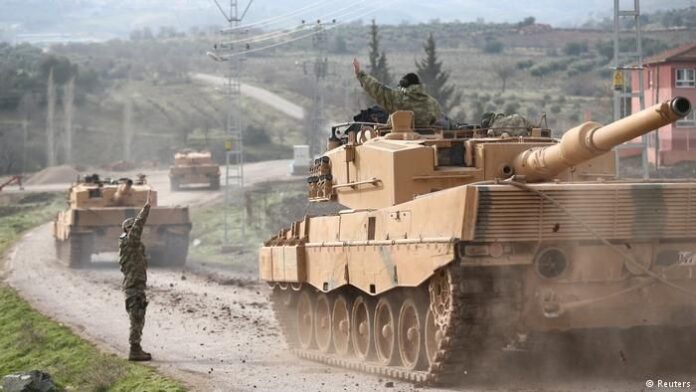 In a letter addressed to the UN Secretary General, the Kurdish lawmakers of the Iranian Parliament have lashed out at the international body’s silence over Turkey’s invasion of the Syrian Kurds.

In this letter, the lawmakers have called for the intervention of the United Nations to stop this crime.

“As you know, Turkish President Recep Tayyip Erdoğan has been bombarding and slaughtering the defenceless Kurdish people of Syria.

This comes as, the United Nations and other international organizations have remained silent about this human tragedy, and on the other hand the superpowers, who claim to be advocates of human rights, have kept silent and are just watching this humanitarian catastrophe,” reads the letter.

The Iranian MPs have also stressed that the bravery of the Syrian Kurds in fight against ISIS terrorists and the courageousness of the men and women of Afrin and Kobani in defending terrorists would never be forgotten.

The MPs also added that there is no doubt the brave people of the Syrian Kurdistan will defeat the aggressors and would turn Afrin and Kobani into a cemetery for Erdogan’s mercenaries.

The President also declared that the next target for Turkish forces would be Syria’s Manbij.

Turkey views the Kurdish YPG, which is active in northern Syria, as an extension of the Kurdistan Workers’ Party (PKK).