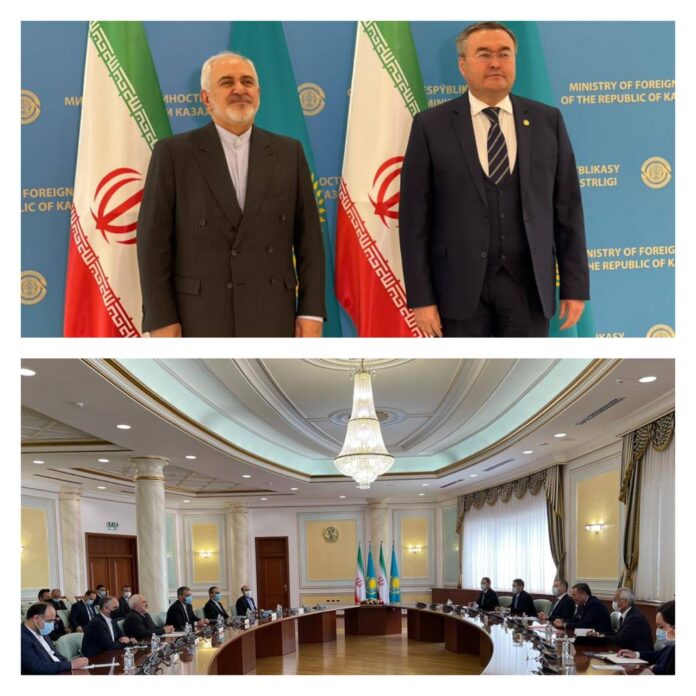 Iranian Foreign Minister Mohammad Javad Zarif held talks with Kazakh Deputy Prime Minister and Foreign Minister Mukhtar Tleuberdi in Nur-Sultan on the third leg of his tour of Central Asia, which earlier took him to Uzbekistan and Kyrgyzstan.

In the Wednesday meeting, the Iranian foreign minister offered congratulations on Nowruz, and described it as a factor that links the people of region together.

He expressed pleasure with the beginning of the joint production of the Russian coronavirus vaccines Sputnik-V in Kazakhstan, and expressed satisfaction with the two countries’ cooperation in different political and economic fields.

He also underlined the increased grounds of cooperation in the fields of transportation and transit as well as Kazakhstan’s presence in Chabahar and Incheh Borun.

Zarif described as positive the regional collaborations and coordination between the two countries at international organisations, and appreciated Kazakhstan’s influential and historical role in Almaty nuclear talks as well as the Astana Process on the Syria crisis.

The Kazakh Foreign Minister, in turn, expressed satisfaction with continued cooperation between the two countries in different fields, and said Nur-Sultan is particularly interested in cooperation with Tehran in the fields of free trade zones, joint investments, and transit and transportation routes.
He also underlined the significance of implementing the agreements of Iran-Kazakhstan Joint Cooperation Commission as well as scientific-research cooperation on historical documents.

The latest JCPOA developments, issues related the Caspian Sea, the peace process in Afghanistan, the Astana Process, regional collaborations in Central Asia and CICA were among other issues discussed by the two sides. 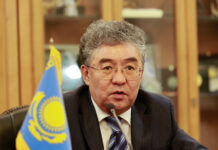