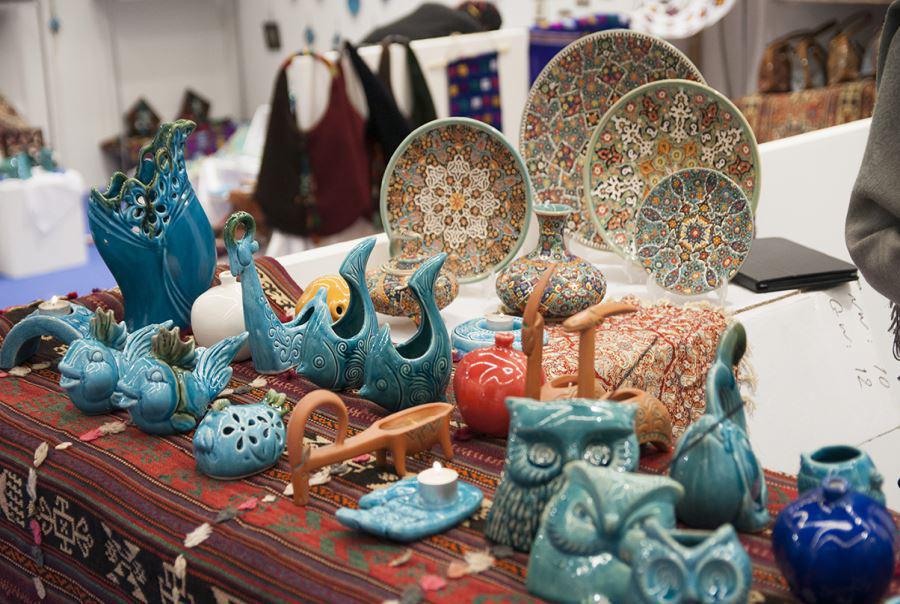 A group of Iranian artisans are showcasing their handicrafts at the 82nd edition of the International Handicrafts Trade Fair, which is underway at the Fortezza da Basso, Florence.

The exhibition opened on April 21 and will run through May 1.

According to a report by the Persian-language Miras-e-Arya news agency, 32 distinguished Iranian artisans along with representatives of the Touring & Automobile Club of the Islamic Republic of Iran (on behalf of Iran’s Cultural Heritage, Handcraft and Tourism Organization) have participated in the event.

Iranian craftspeople and artisans from provinces of Tehran, Isfahan, South Khorasan, Khorasan Razavi, Kermanshah, Hormozgan, Khuzestan, Zanjan, and Golestan as well as Qeshm Island are showcasing their native crafts at the exhibit in an area of 120 square metres.

Over 800 companies and tens of artists from 50 countries are in attendance and will hold meetings to improve artworks industry.

Kurdish music performances are among other programs performed at the pavilion of the Islamic Republic of Iran.

Launched in 1996, the Italian fair seeks to draw attention to craftsmanship and its enormous production capacity and quality.