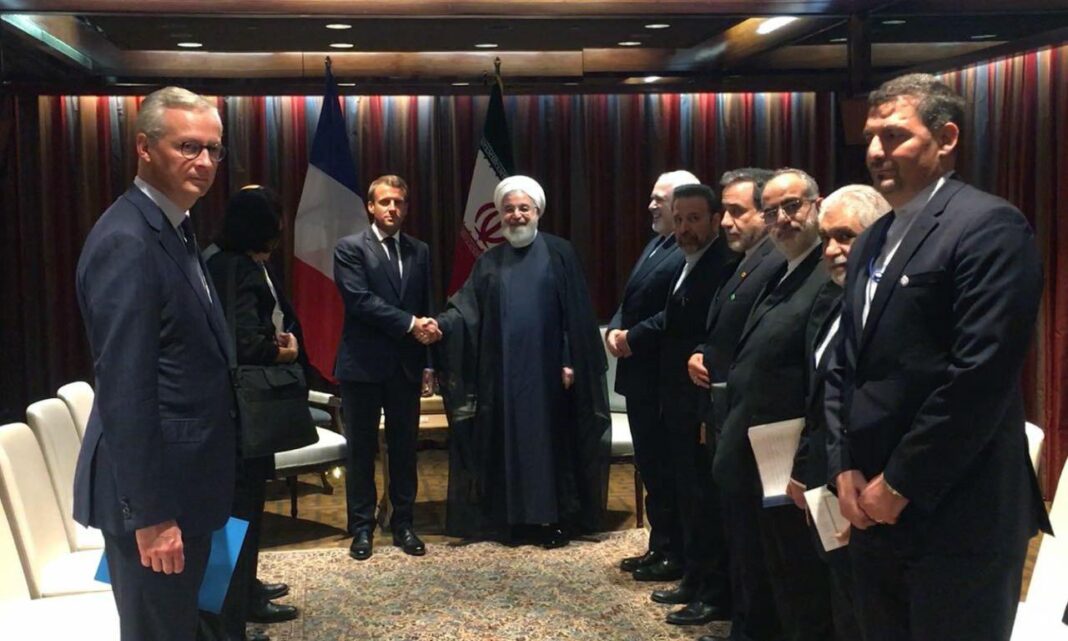 Iranian President Hassan Rouhani has held talks with his French counterpart Emmanuel Macron in New York on the sidelines of the 74th meeting of the UN General Assembly.

In the Monday meeting, the two sides conferred on details of efforts by France and other remaining parties to the 2015 Iran nuclear deal to save the multilateral accord.

President Rouhani reminded other JCPOA parties, including France, of their responsibility for protecting the important international agreement after the US’ illegal and unilateral withdrawal, and slammed a Monday statement by the E3 (France, Germany, and the UK), in which the three European leaders blamed Iran for the recent attack on Saudi oil facilities.

Rouhani strongly criticized the statement, and described it as a “groundless” blame game.

He also underpinned the need for Europe’s cooperation with other JCPOA parties, especially Russia and China, in this regard.

The French president also highlighted interaction and dialogue with Iran as an influential country in the region, and called for continued constructive relations between Tehran and Paris.