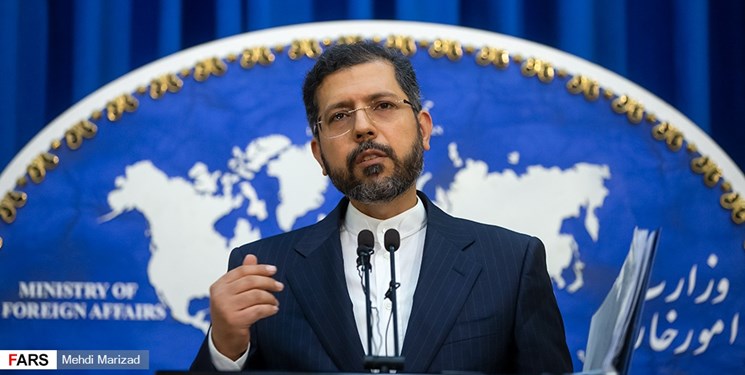 Iranian Foreign Ministry Spokesman Saeed Khatibzadeh has hit back at Britain after the country ‘s foreign secretary said Iran will be responsible for a possible impasse in the Vienna talks and in that event, all options will be on the table.

Khatibzadeh said such irresponsible and unfounded statements are another card in the hollow blame-game of Britain and some Western countries to hide years of their inaction.

Khatibzadeh stressed that using threadbare statements and empty threats will not reduce Britain’s legal and moral responsibility for the violation of the Iran nuclear deal, JCPOA, nor will they weaken Iran’s determination in the least to achieve a lasting and reliable deal that would achieve the interests of the Iranian people.   Iran’s foreign ministry spokesman added that it was only Iran’s strategic patience that paved the way for the Vienna talks at this stage but it is clear that this window will not remain open forever.

Khatibzadeh also said it is necessary that the other sides do all in their power to not let this last opportunity pass, instead of resorting to hackneyed blame-games.

Iran has repeatedly said during the Vienna discussions that it will not accept any deadlines in the talks and that it is in no rush for a deal. But the Western parties to the negotiations claim a deal must be reached in maximum several weeks as any further delay in signing an agreement will make it worthless.