Iranian FM: We are decisively after a good deal with P4+1 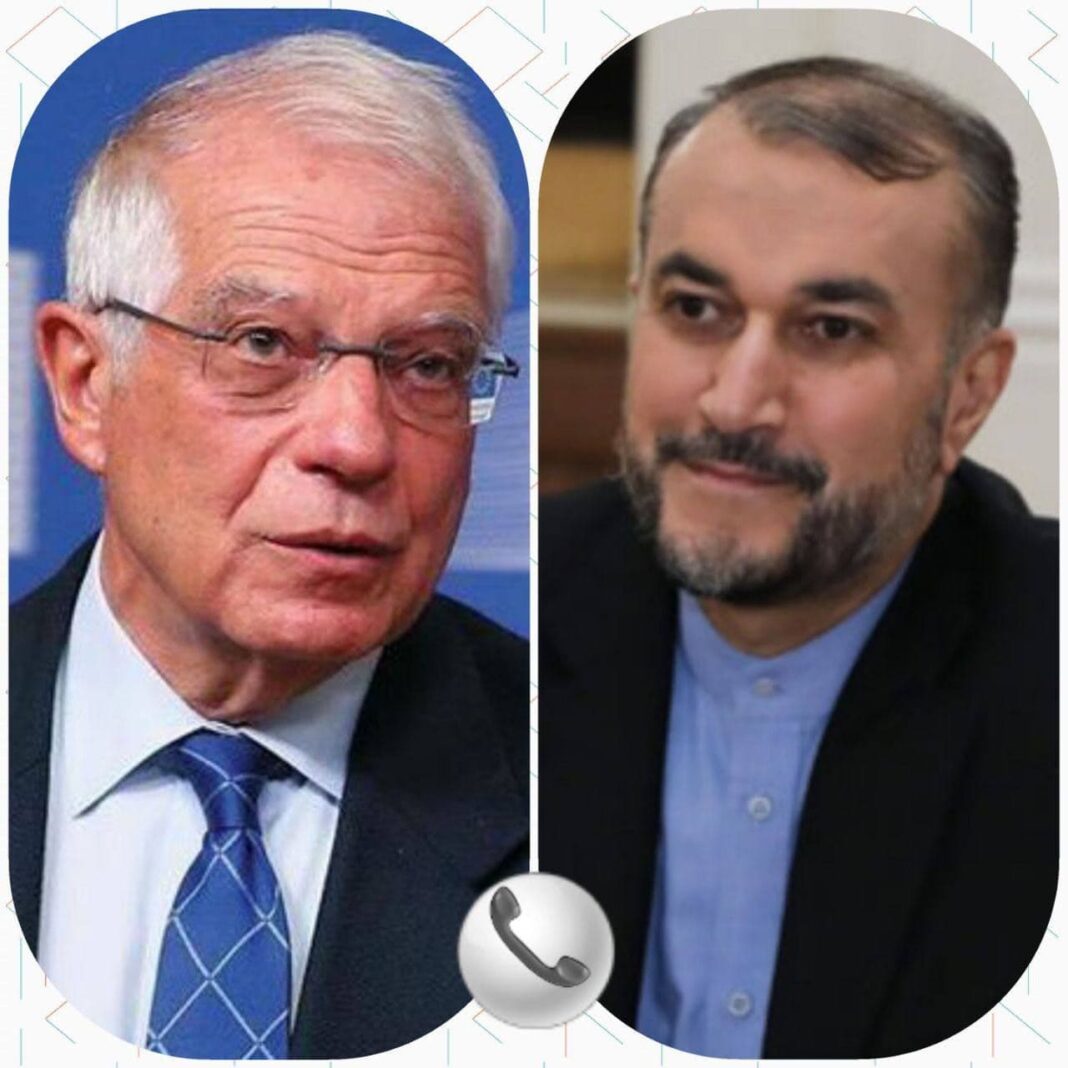 Iranian Foreign Minister Hossein Amir Abdollahian says Tehran is decisively and explicitly after a good deal with the P4+1 group but it also insists on safeguarding its red lines and national interests with the same level of decisiveness and explicitness.

Amir Abdollahian made the comment in a telephone conversation with Josef Borrel, EU Foreign Policy Chief and lead coordinator of the Vienna negotiations, over the trend of the ongoing negotiations in the Austrian capital. He said, the nuclear deal, JCPOA, has unfortunately provided no economic benefits for Iran in recent years.

The Iranian foreign minister added, “We will reach a good deal only if it realizes our economic interests sustainably and reliably.”

Amir Abdollahian also once again underlined that Iran is determined to reach a good deal and to this end, it will remain in constant and close contact with the EU.

The top Iranian diplomat also thanked Josef Borrel, Enrique Mora, EU Deputy Foreign Policy Chief, and the bloc for their efforts to coordinate the talks in Vienna. Amir Abdollahian said there have been some positive developments in the negotiations but they fall short of meeting Iran’s expectations.

Borrel for his part noted that the Vienna talks are at a critical juncture. The EU foreign policy chief added that all sides should come to the Austrian capital with a clear agenda and with the aim of reaching a deal and they should be ready for adopting political decisions.