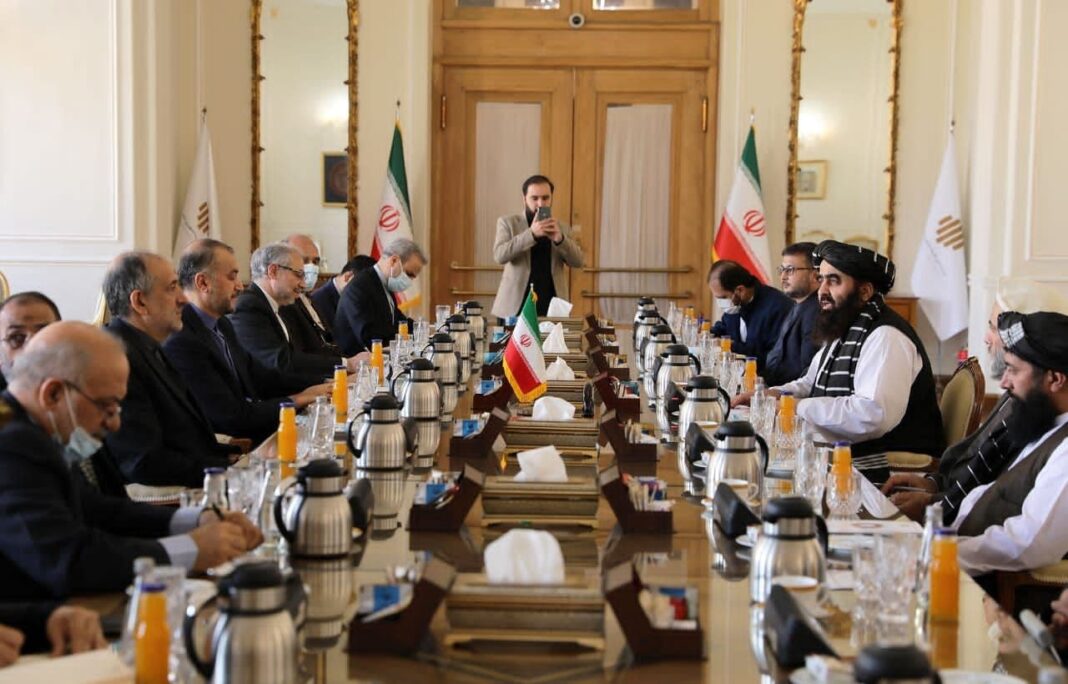 Iran’s Foreign Minister Hossein Amir Abdollahian has said sowing discord between Afghanistan and neighboring countries is a pillar of US policy in the region.

Amir Abdollahian was speaking in a meeting on Sunday afternoon with Afghanistan’s acting Foreign Minister Molawi Amir Khan Motaqi in Tehran.
He said endeavors by the zealous people of Afghanistan showed that no foreign power can occupy and rule their country.

Amir Abdollahian stressed that Afghanistan’s assets frozen by the US should be released and given to the country for humanitarian considerations.
The Iranian foreign minister referred to the positive words of the Taliban leaders regarding the formation of an inclusive government, stressing the need to provide acceptable indicators in this regard.

Amir Abdollahian also said Tehran will continue giving aid to Afghanistan and will also use regional capacities for more humanitarian assistance to alleviate the problems of the Afghan people.

At the meeting, the Afghan delegation presented a report on the efforts of the new government in Kabul to counter Daesh and other terrorist groups as well as policies related to fighting drug production and trafficking in Afghanistan.

The Afghan delegation also said although the US left Afghanistan following a humiliating defeat, it continues its policies against the Afghan people and as a result of these policies, 80% of Afghans are below the poverty line.

At the meeting, the two sides also discussed Iran’s right to water of the Helmand River.

The Afghan delegation underlined its respect for international treaties, including the 1972 Helmand Agreement, saying the technical delegations of the two countries will meet soon and will resolve related issues.