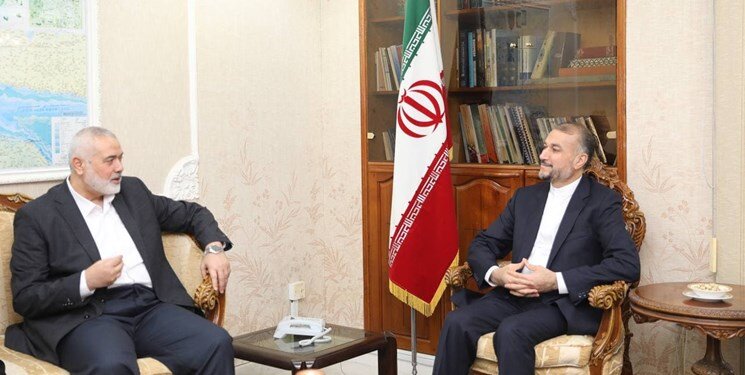 In a meeting with Ismail Haniyeh, head of the political bureau of Palestinian resistance movement Hamas in Qatar, Amir Abdollahian said Iran will continue supporting the legitimate defense of the Palestinian people and resistance against the occupation of the Zionist regime.

He outlined the Islamic Republic’s principled policy toward the issue of Palestine as a plight in the heart of the Islamic ummah created by the Zionist regime which enjoys support from the West.

Ismail Haniyeh for his part appreciated the Islamic Republic’s support of the Palestinian people’s struggle against the Zionist regime’s continued aggression.

He also called for the Muslim and Arab world as well as the international community to adopt a decisive stance against the Israeli regime’s violations.

Iran has repeatedly vowed to keep backing Palestinians in the face of Israel over the past couple of years. It has also vehemently opposed some Arab states’ move to normalize ties with Tel Aviv.