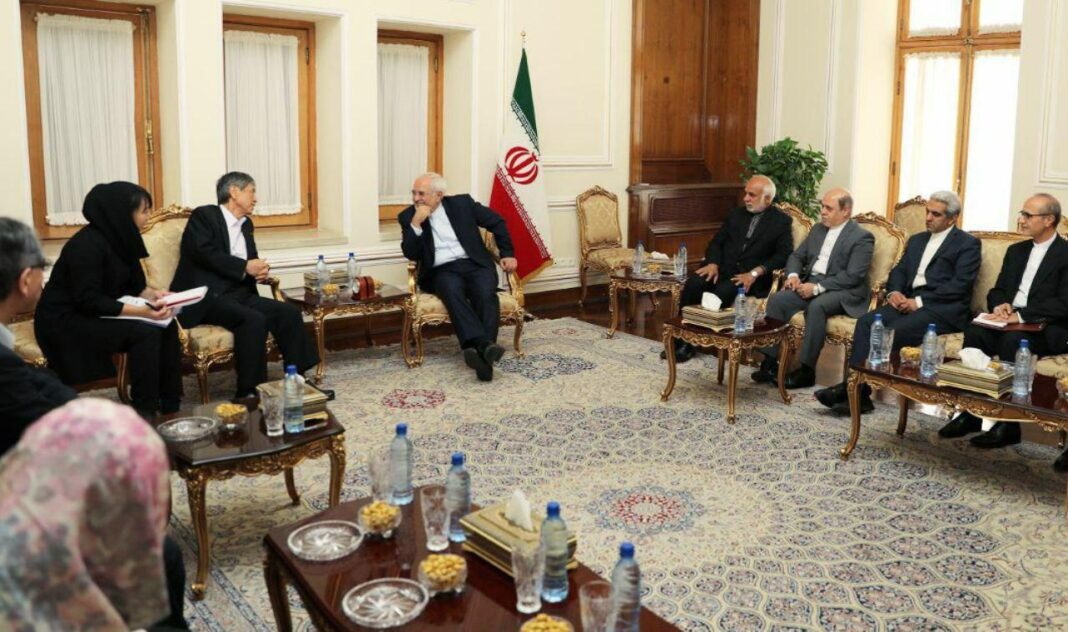 During the Wednesday talks, Zarif referred to the agreements signed between Tehran and Tokyo on the expansion of economic ties including the recent deals on financing energy projects in Iran, and expressed the hope that Japan would turn into a strong partner for Iran in such fields as transportation, energy, and oil and gas.

“The two sides are making preparations to achieve the goal, and we believe Iran and Japan can become good partners in politics and economy,” he said.

He called Iran the most stable, secure and democratic state of the Middle East, adding that securing the mutual interests of the two sides requires Japan’s more active and constructive presence in the Islamic Republic.

Zarif also stressed that Iran has based its main principles on opposition to any use of nuclear weapons or threats. He then called for the peaceful settlement of differences and underlined the need for cooperation among main regional players to ease the current tensions.

For his part, the Japanese PM’s envoy and vice-president of the ruling Liberal Democratic Party expressed satisfaction with his visit to Iran and holding political and economic talks with Iranian officials.

Komura then praised Iran’s regional role and said Japan respects the Islamic Republic of Iran for living up to its commitments.

He also said preparations to establish lines of credit between the two sides are at their final stages, and once the LCs are finalized, the Iran-Japan economic ties would enter a new phase.

Komura also referred to the ongoing crisis in the Korean peninsula, and expressed his deep concern over the complicated developments regarding North Korea.