Why Iran FM Decided Not to Attend WEF in Davos 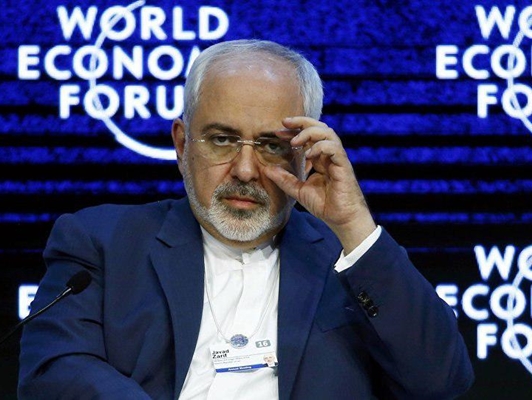 Qassemi dismissed as baseless any report on the last-minute cancellation of the visit to Davos by the Iranian foreign minister, saying despite receiving an official invitation to attend the forum, Zarif preferred to stay in Tehran to oversee the implementation of some structural changes in the Iranian Foreign Ministry.

In a Farsi interview with the Fars News Agency, the spokesman also said Iranian foreign minister decided not to have any foreign trips these days due to the importance of implementing the fundamental changes in the ministry.

“Since Iranian foreign minister had held talks with a number of delegates attending Davos over the past few months, he decided to stay in Tehran and put his focus on the implementation of the structural changes in his ministry,” he noted.

Qassemi went on to say that the structural changes, initiated by Zarif, had been under discussion over the past years. “The changes were finalized after long hours of discussion among experts, specialists and high and mid-ranking officials at the ministry.”

The spokesman also cited the changes as the most fundamental ones in the structure of Iran’s Foreign Ministry and added the new changes have been implemented since January 21.

Earlier a report by Reuters claimed that Iranian foreign minister decided to cancel his visit to Davos at the last minute because US President Donald Trump was expected to deliver speech during the Annual World Economic Forum.

The four-day forum in the Swiss Alps began on January 23 with chief executives and world leaders in attendance. The main theme of the 48th edition of the annual World Economic Forum is ‘Creating a Shared Future in a Fractured World.’