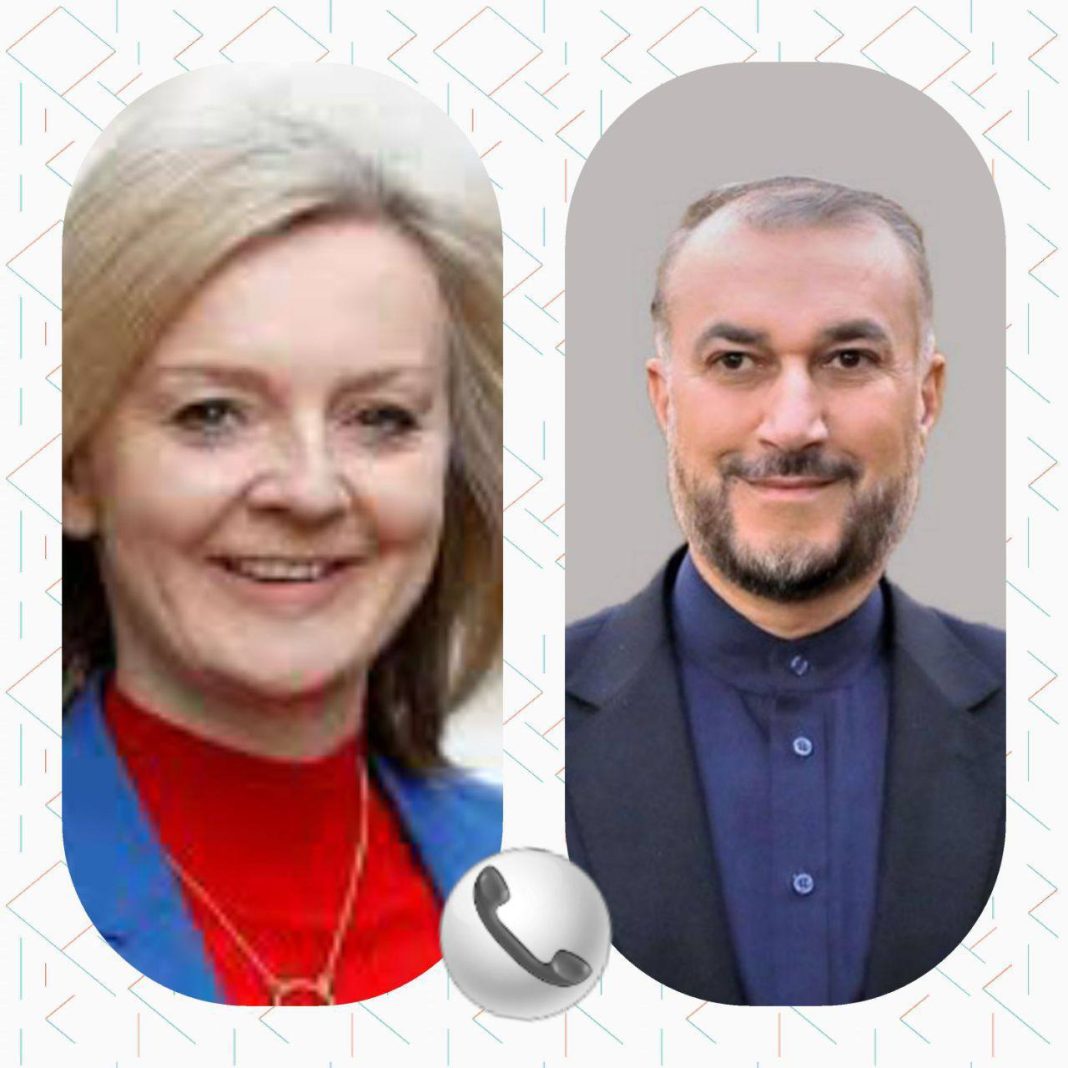 Iranian Foreign Minister Hossein Amir Abdollahian has stressed the need for the other parties to the Vienna talks to show seriousness and responsibility given that the negotiations have reached a critical stage.

Amir Abdollahian made the statement in a phone call with British Foreign Secretary Liz Truss.

He said the fact that the negotiations have reached this stage is mainly due to Iran’s logical approach and its initiative.

Amir Abdollahian further underlined the need for consensus among all parties to the talks over a single draft agreement and the necessity of including Iran’s legitimate demands in the draft.

Amir Abdollahian also outlined Iran’s principled stance on Afghanistan and said the formation of an inclusive government in the country is highly important.

He then turned to the dire humanitarian situation in Yemen, expressing hope that London will fulfill its duty to end the humanitarian catastrophe in the country which stems from the continuation of aggression and war in Yemen.

Elsewhere, Amir Abdollahian described the trend of relations between Iran and the UK as positive.

The British foreign secretary for her part reviewed the state of bilateral ties and the Vienna talks during the conversation and outlined London’s views in this regard.

The British foreign secretary said expanding UK-Iran relations will serve the interests of both sides.

Ms. Truss also referred to the UK’s cooperation with the United Nations in assisting the Afghan people and appreciated Iran’s effective role and cooperation to this end.