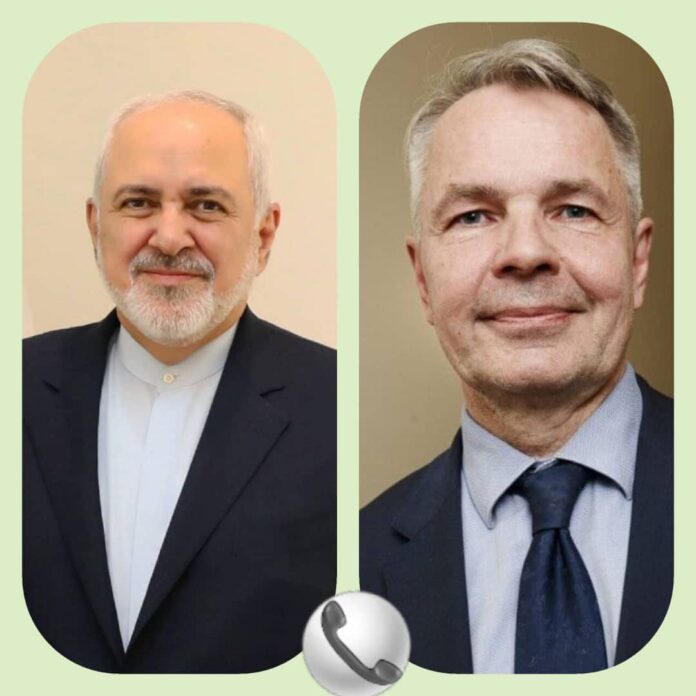 During the phone call, the two sides conferred on bilateral political, economic, and consular collaborations, the JCPOA, the regional issues and international developments.

Foreign Minister Zarif recalled the US’ violation of its commitments under the JCPOA, the imposition of cruel and unlawful sanctions against Iran, and Europe’s inaction towards Washington’s move, and stressed that Iran showed self-restraint and implemented all its commitments for one year after the re-imposition of sanctions.

“Iran’s remedial steps are within the JCPOA framework, and are aimed at restoring balance and maintaining the nuclear deal,” he added.

“If the US lifts its illegal sanctions [against Iran] and implements its obligations as per the JCPOA, Iran will also reverse its remedial steps, all of which are reversible,” Zarif said.

He also invited his Finnish counterpart to visit Tehran in an appropriate time.

Haavisto, in turn, expressed his country’s support for the JCPOA, and called for giving more chance to diplomacy.

He further discussed bilateral collaborations in political, economic, health, and consular aspects, and underlined the interactions between Iranian and Finnish research centres.

He further invited Foreign Minister Zarif to attend a meeting of European foreign ministers within the framework of Helsinki Forum.