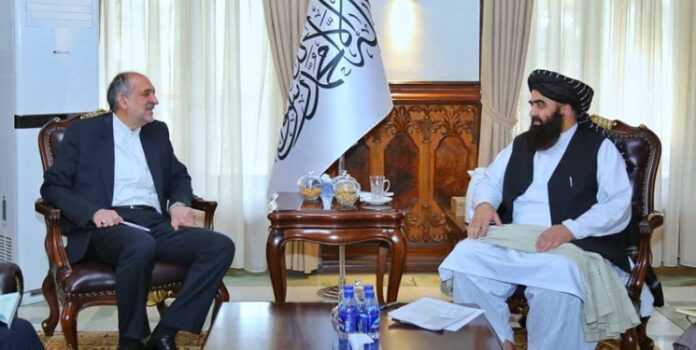 In the meeting, Aminian described economic problems as the common enemy of Iran and Afghanistan. He said Tehran is ready to invest in the energy, transportation, mining, trade and health sectors of Afghanistan.

Mottaqi also said the Taliban are prepared to cooperate with Iran in different fields.

He called for efforts to resolve the problems of Afghan refugees in Iran.

Meanwhile, the Iranian president’s special envoy for Afghanistan Hossein Kazemi Qomi has told Russia’s Sputnik news agency that the stability and security of the region and Afghanistan’s neighbors is tied to the country’s situation.

Kazemi Qomi was speaking after attending a meeting in Russia on Afghanistan. He said a stable Afghanistan will be conducive to stability in its neighbors and any instability in the country spills over into regional countries.

The Iranian envoy also said all countries should help Afghanistan get out of the current situation.