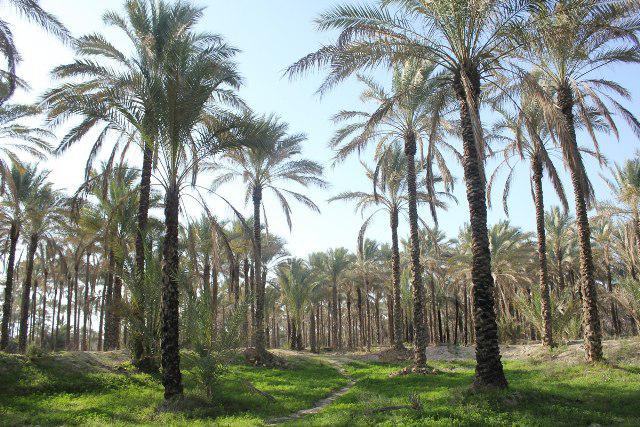 An Iranian entrepreneur has donated thousands of palm tree saplings to the villagers of Khuzestan Province in the country’s southwest in a bid to help the people cope with the severe dust pollution hitting the region.

Hassan Varshowchi, the founder of Rana Agro-Industry Company, has donated about 85,000 palm tree saplings worth about $500,000 to the villagers who planted them in Ahvaz, Dezful, Izeh, Abadan, and Minoo Island. The number of donated saplings would reach 100,000 by autumn 2018.

Varshowchi says he has been working as the founder of the plant tissues cultivation industry in Iran for 25 years. With the advice of Issa Kalantari, the Head of Iran’s Department of Environment, he has chosen to donate the saplings to Khuzestan province where more than 3.5 million of palm trees died during the Iran-Iraq war.

Now, with its daily drought and rising dust mounds of about 700,000 hectares, Khuzestan province is suffering from dust pollution almost every day.

What follows is an interview with Varshowchi conducted by the Persian-language Shahrvand daily:

Q: What was your motivation for donating this number of saplings? Why didn’t you enter other fields?

A: Due to the nature of our work in plant production, and after years of providing saplings for Khuzestan province, we have been in touch with the Agriculture Organization of the province. On the other hand, due to the environmental problems of this province, especially the dust pollution, we focused more on this issue. We wanted to take steps to support and help reduce the environmental crisis in Khuzestan; therefore, we felt it would be better to give this gift to Khuzestan province.

In our consultations with those who were involved, they said there are other polluted provinces like Ilam, Kermanshah, Sistan and Baluchestan, Hormozgan, etc. but these days, all the focus is on Ahvaz’s weather. For this reason, the board of the company decided to give this gift to Department of Environment, but we consulted with the top authorities first, because of the huge number of saplings. Therefore, we talked with Kalantari, and his offer was Khuzestan. Of course, we plan to provide saplings for other provinces that are suffering from dust pollution as well.

Q: Why did you choose palm trees?

A: The palm is a plant which is mentioned in the holy Quran and is a sacred tree. In palm-producing provinces, palm trees are considered as a human being. When a palm tree’s life comes to an end after about one hundred years and it does not bear fruits anymore, the farmers cut it and use the verb “kill” for the act. The palm has a behaviour and character similar to humans. Even in some provinces during the fertilisation and pollination season, a palm wedding is set up. Every person, even those who are not familiar with a palm grove, feel different when they go among the trees because they would be influenced by the beauty and grandeur and especially the patience of palm trees. Many of those, who have served during the war, witnessed that the palms were thrown into salt water due to the dismantling of irrigation systems and rivers, but they bore fruit. This is what I mean by patience. This is really amazing. 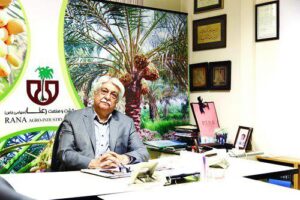 Q: Are the expenses paid by your company?

A: Yes. Issa Kalantari, who was informed about the establishment of the company, referred to me as the person who donated these trees, but the move is not carried out independently from Rana Company.

Q: Given the critical situation across the country, can the help of other people involved in growing saplings be effective in reducing dust pollution?

A: If the problems of the province are solved and they can spend a significant portion of the water to develop greeneries, it will help resolve the dust pollution problems. Although the problem is much more complicated than one may think, we must finally start the job. It’s a fact: we started to take actions too late. Dust is a common problem for all of us, but it is a pity that we took actions very late.