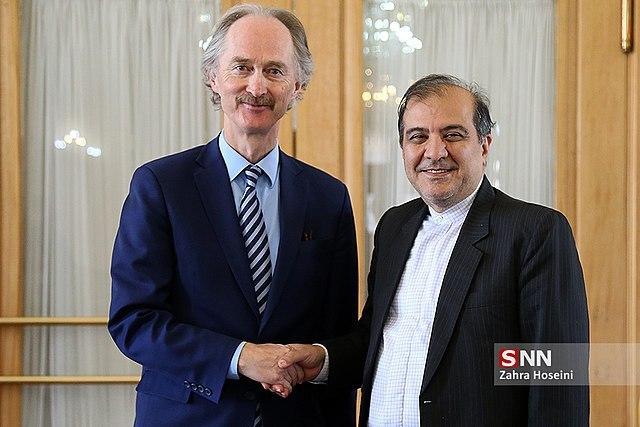 A senior Iranian diplomat and the UN’s point man on Syria have exchanged views on the latest developments in the Arab country.

Ali-Asghar Khaji, a senior assistant to the Iranian foreign minister, discussed Syria with UN Special Envoy for Syria Geir O. Pedersen as part of regular consultations between the two sides.

Also on the agenda of the talks was a third meeting on the situation in Syria currently underway in Geneva, Switzerland.

During the discussions, the Iranian official stressed Tehran’s backing for efforts to politically resolve the Syria crisis and the continuation of negotiations by the Constitution Committee.

The UN official, in turn, praised Iran’s support for the activities of the committee, and said he was pleased with the outcome of the first day of the talks.