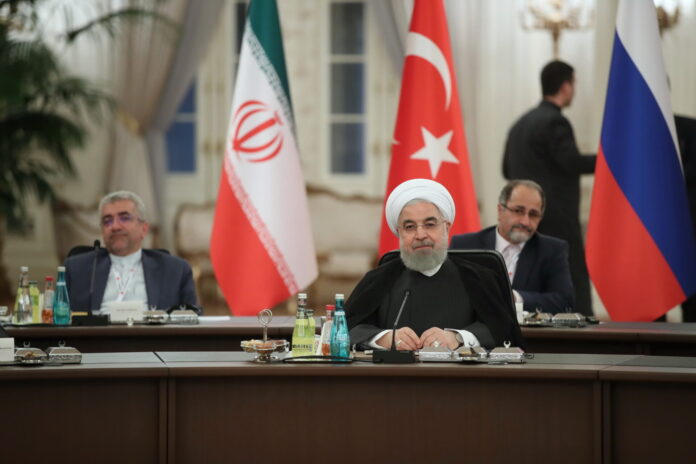 President of Iran Hassan Rouhani has reiterated the necessity for a political settlement of the crisis in Syria, saying military solutions are of no avail.

Addressing a trilateral summit of Iran, Turkey and Russia, held in Ankara on Monday, President Rouhani said the Islamic Republic maintains that the Syrian crisis would be resolved politically, through constructive interaction, and with the Syrian people’s involvement in the peace process.

“The Islamic Republic of Iran has always emphasized on the futility of military solution for ending the crisis (in Syria),” he noted, adding, “Preserving Syria’s territorial integrity, respecting its national sovereignty and independence, and non-interference of foreigners in that country’s internal affairs –on which we have always emphasize—must be seriously observed, and all necessary grounds for the return of stability, security and calm to this country should be prepared.”

He also noted that the main topics on the agenda of the three guarantors of the Astana Peace Process include the efforts to end the Syria crisis peacefully, fight against terrorism, help form the Constitutional Committee, contribute to the return of the displaced as well as the exchange of detainees and abductees, improve the delivery of humanitarian aids, reconstruct the war-hit country, and assess the international efforts in this regard.

The Iranian president also noted that the tripartite initiative developed by Iran, Turkey and Russia has proved successful after two and a half years and has helped Syria overcome the challenges and tensions.