Iranian Diplomat in Geneva for New Round of Syria Talks 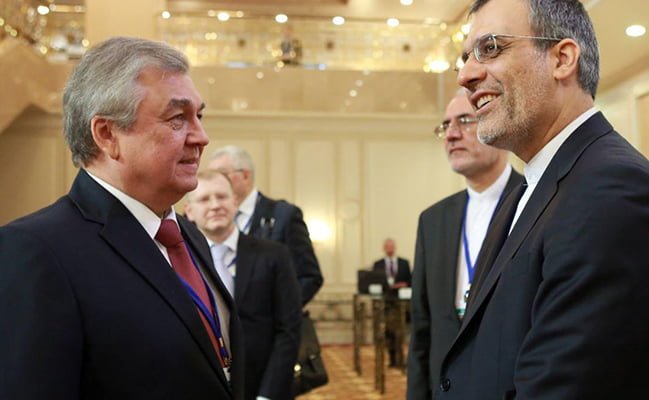 Hossein Jaberi Ansari, a senior assistant to the Iranian foreign minister, is in the Swiss city of Geneva to hold joint talks with his Russian and Turkish counterparts on the Syria peace process.

Iran’s top negotiator in the international peace talks on Syria arrived in Geneva on Monday, September 19.

Jaberi Ansari will take part in bilateral and multilateral meetings with senior Russian and Turkish negotiators at the Syria peace process (Astana Talks), Alexander Lavrentiev, and Sedat Önal, as well as the UN’s Special Envoy for Syria Staffan de Mistura.

The parties would exchange views on facilitating the ways to launch the Syrian Constitutional Committee.

Iran, Turkey, and Russia, the three guarantor states of the Astana Process, agreed to form a constitutional committee during the Syrian National Dialogue Congress on January 30, 2018 in the Russian city of Sochi.

The meetings of the guarantor states of the Astana Process and the UN representative started on Monday and will last until Tuesday.