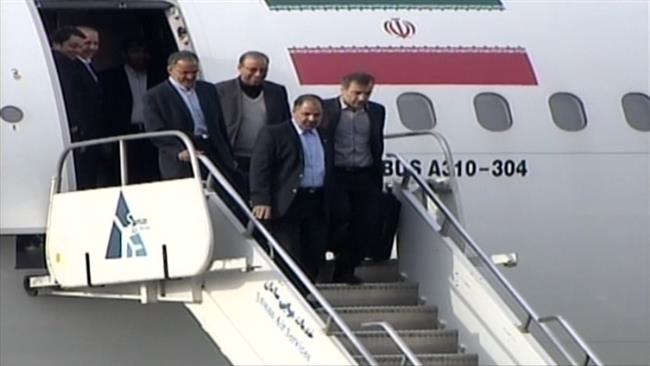 Nour Ahmad Nikbakht, an Iranian diplomat who was kidnapped by gunmen in Yemen in 2013, has returned home.

An Iranian diplomat kidnapped by gunmen in Yemeni capital, Sana’a, in 2013 has returned home after being released.

Iran says Nour Ahmad Nikbakht, whose plane landed in Tehran’s Mehrabad Airport on Thursday, was released following intelligence operation. A joint committee between Iran and Yemen at the security and political levels had been established to secure his freedom.

Nikbakht was kidnapped on July 21, 2013, on his way to work from his home in the diplomatic quarter of Sana’a, when unidentified gunmen blocked the road, forced him out of his vehicle and abducted him.