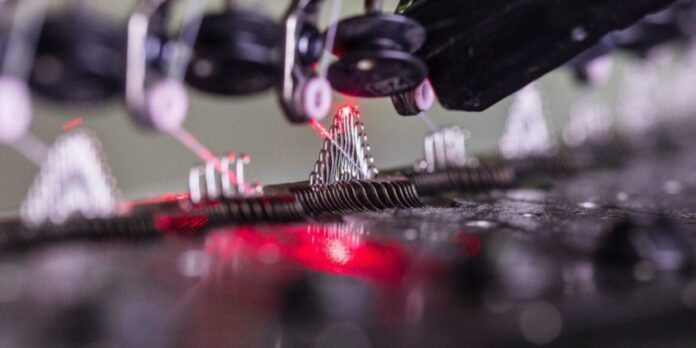 An Iranian company has become the world’s second firm to develop a state-of-the-art technology in the textile industry.

The laser needle controller technology, developed by Araz company also known by its trade brand Joula, can boost efficiency with the installment of some equipment on textile machinery.

The company has defined and implemented many projects in line with overhauling the textile industry in Iran. One of the projects the company has successfully implemented is the technology to spot broken needles in machinery with laser. Joula is the second company in the world to have developed the technology. Earlier, only a leading German firm had managed to develop the knowhow.

The CEO of Joula, Meysam Javaheripour, says laser has been used to develop the technology in Iran given the existing facilities in the country and the expertise of domestic experts. This textile technology minimizes the degree of waste and damage in machinery.

“Since we are the second company in the world to have developed this technology, this knowhow has great potential to be exported,” said the CEO.

“We took part in ITMA in Spain, which is the largest international textile exhibition, and made some requests to countries with powerful textile industries such as India, Turkey, Bangladesh, China, South Africa and South America,” he added.

“We have also taken steps towards mass-production and exporting our product,” said the managing director.

He also touched upon other products developed by the company.

“One of our other products is an apparatus [which can be] installed on all textile machinery and reads the machinery’s sensors. We used “The Internet of Things” technology in this device, which can be used to monitor, control and manage [processes] online. It can even be used to make reports on a weekly or monthly basis. Given that today, having information is among the principles of management, this device saves all required information from any machinery and presents it later. And because it displays the condition of the machinery online, it is possible to find out about the status of the machinery through one’s mobile phone or personal computer,” he said.

According to him, The Internet of Things is a new space and regarded as a major technology, “so, this product has high potential for export.”

“We displayed this product as a prototype at the Spain exhibit, and it was warmly welcomed,” he added.

He said the company is currently working to develop another product, “which will amount to a revolution in the textile industry if successful results are obtained because we will be the first to have developed the product.”

“Our experts have been working on this project for a year now,” he said.

“This product can be used to carry out visual processing of fabric. This product shows faults in fabric during the weaving process. If the fault is minor, the device seeks permission from the user, who, if necessary, can stop the process,” he said.