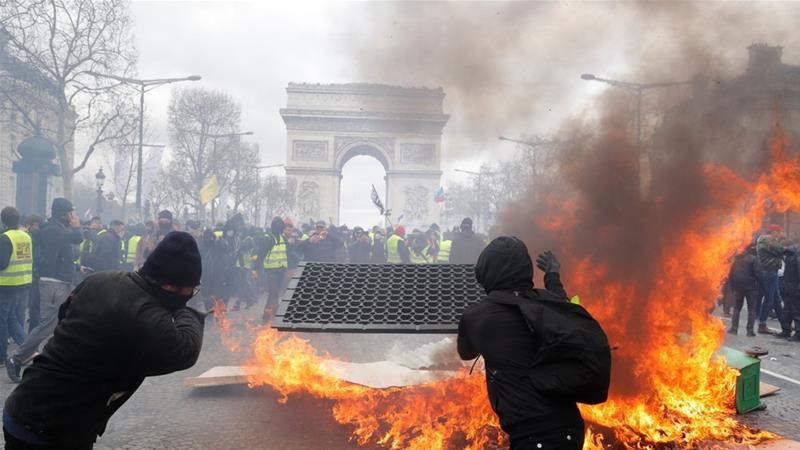 Ministry of Foreign Affairs of the Islamic Republic of Iran has issued an advisory, warning Iranian citizens about traveling to France in the wake of strikes and violent protests in the European country.

In a travel advisory issued on Tuesday, the Iranian Foreign Ministry urged the visitors to hold off trips to France because of the escalation of protests.

“Given the continuous popular protests in the French Republic over the past recent year and considering the public protests in the past two days and the protests turning violent in various cities, particularly in Paris, the Iranian passengers and tourists are seriously advised to postpone plans to travel to the French Republic for their own safety and health,” the Foreign Ministry said.

People are holding rallies in Paris, marking the sixth day of protests against the pension reforms proposed by French President Emmanuel Macron.

The government is planning to introduce a universal pension system that, according to French trade unions, will lead to negative changes for private-sector workers, who will have to work beyond the legal retirement age in order to receive a full pension.

The protests were launched on Thursday, when Prime Minister Edouard Philippe announced changes in social security that aim to merge 42 existing pension schemes into one universal points-based system beginning in 2025.