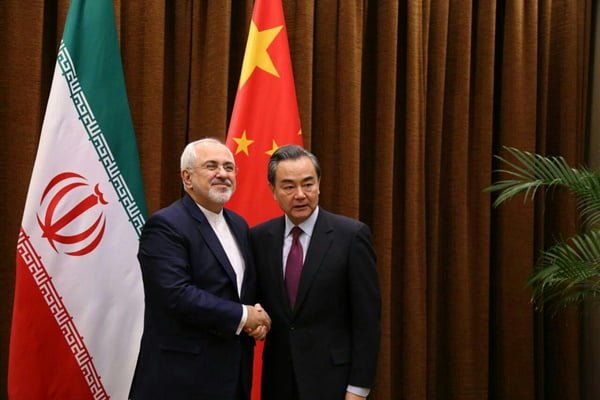 Iranian Foreign Minister Mohammad Javad Zarif, who is in the Chinese capital of Beijing, has held talks with China’s top diplomat Wang Yi on the Iran nuclear deal and ways to save it after the US withdrawal.

During the Sunday meeting, Zarif elaborated on the condition of the Iran nuclear deal before and after the US pullout and said Washington broke the multi-lateral agreement and flagrantly violated the UN Security Council Resolution 2231.

“Now we want to make sure that the Iranian nation can reap the benefits of the deal if it decides to remain in the accord as recommended by the remaining sides of the JCPOA,” he said.

The Iranian top diplomat further noted that it was very important for him to start his intensive talks on the nuclear deal from China.

Iran and China are two friendly countries with strategic partnership which have stood by each other, Zarif said, adding that Iran and China have full cooperation in all areas and Beijing is Tehran’s biggest trade partner.

For his part, the Chinese foreign minister described Iran as a highly significant and influential state and said China is interested in continuing its strategic relations with Iran and will do so in the future.

“Our economic relations with Iran are in progress and the two sides have made long strides in other political, security and many others areas.”

He then called the JCPOA an international agreement which must be observed by all parties.

“There are many states which are unhappy with Trump’s decision to exit the Iran nuclear deal and never support his move. China calls for multilateralism in the international relations and the JCPOA is one of the fruits of such approach,” he noted.

Wang Yi underlined that China’s stance towards the Iran nuclear deal is completely clear and added “it is natural for Iran to remain in the deal without the US if its interests are guaranteed.”

China’s foreign minister also said his country is Iran’s main trade partner and the two sides should defend their legitimate interests against others.

During the talks, the two foreign ministers also exchanged views on a wide range of issues from bilateral to regional and international issues including the JCPOA.

Zarif arrived in China on Sunday at the top of a high-ranking political and economic delegation on the first leg of his diplomatic tour that follows US decision to exit the landmark 2015 nuclear deal. He is also expected to visit Moscow and Brussels as part of efforts to save the deal.