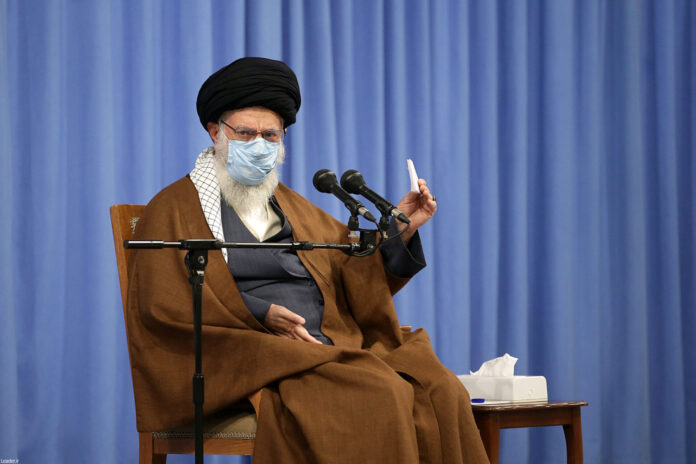 Iran’s Islamic Revolution Leader says the presence of foreign militaries, including US troops, in the region is a source of destruction and warmongering.

He said regional armies should not allow foreign militaries to interfere or be present in the region for the sake of their own interests.

Ayatollah Khamenei further said events going on in some countries to the northwest of Iran should be handled to prevent the presence of any foreign forces there.

Elsewhere in his remarks, the Leader described the Iranian Armed Forces as bulwark against threats posed by enemies both inside and outside the country.

“Today, organizations of the Armed Forces, the Islamic Revolution Guards Corps (IRGC), Police and the Basij Force are, in the true sense of the word, a defense shield against the serious threats of enemies both inside and outside the country,” said Ayatollah Seyyed Ali Khamenei.

“Our Armed Forces take pride in being a bulwark and a robust fortress for the country and nation,” the Leader noted.

“The security of a country is fundamental infrastructure for all of its activities to make progress,” Ayatollah Khamenei said.

“Security is the most important issue when it comes to the Armed Forces,” said the Leader.

He made the comments in on online graduation ceremony for cadets of military academies of the Armed Forces of the Islamic Republic of Iran.