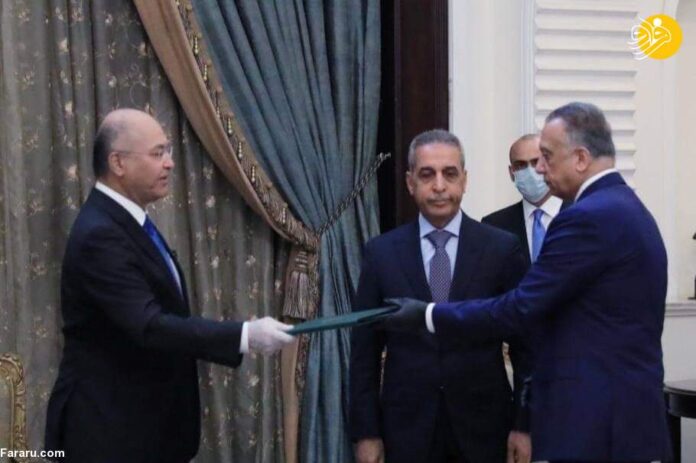 In a statement on Thursday, Mousavi said the Islamic Republic of Iran has always supported the independence, national sovereignty, territorial integrity and political stability of Iraq.

He stressed that the only way to resolve the conflicts peacefully is that all Iraqi political currents reach a consensus through democratic processes.

Therefore, Iran welcomes the consensus reached among Iraqi political groups today, resulting in the designation of Mr al-Kazemi as the new Prime Minister of Iraq, and considers it as a right step in the right direction, Mousavi noted.

While wishing success for Mustafa al-Kazemi, Iran hopes he can establish a new government to meet the demands of the people and the top religious authority of the Arab country and to create a stable, united Iraq with a significant position at the regional and international levels, he added.

“Undoubtedly, the alliance and synergy of all different Iraqi tribes, political groups and prominent personalities, including Mr Adnan al-Zurfi, has been effective in the realization of this important goal and will remain so for the rest of the path,” reads the statement.

As before, the Islamic Republic of Iran declares its full readiness to cooperate with the Iraqi government so that it can overcome the problems and achieve the great goals of the Iraqi people and the top religious authority, stated Mousavi.

Iraqi President Barham Salih assigned Mustafa al-Kazemi to form the new Iraqi government after Adnan al-Zurfi failed to do so.

In a statement on Thursday, Salih announced he has accepted al-Zurfi’s resignation and that all Iraqi political parties agree on nomination of Intelligence Chief Mustafa Al-Kazemi.

Al-Zurfi had been tasked by Salih last month to form a new government after mass protests over poor living conditions in the Arab country.

The former Najaf province governor, however, gave up his appointment Thursday after failing to win the support of Parliament.