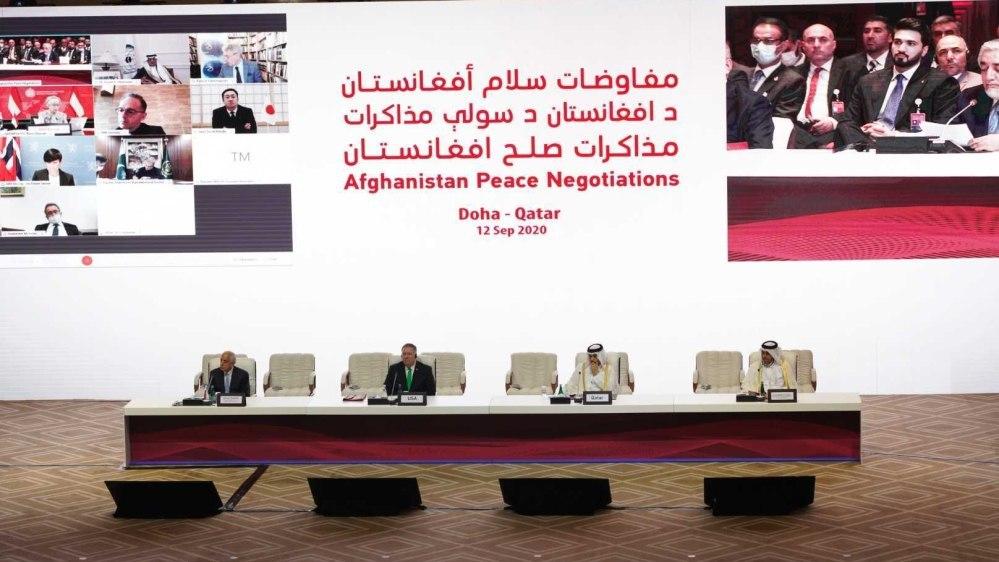 The Ministry of Foreign Affairs of the Islamic Republic of Iran has, in a statement on Saturday, welcomed the beginning of negotiations between the Kabul government, Afghan political groups and the Taliban in the Qatari capital of Doha.

“The Islamic Republic of Iran welcomes the beginning of intra-Afghan talks between the Kabul government, Afghan political groups and the Taliban, and hopes that the talks will be held within a context of comprehensive understanding among Afghans and without any foreign interference. It also hopes that the negotiations will lead to the desired results, including the establishment of lasting peace and stability in Afghanistan as well as security in the region,” the Foreign Ministry said in the statement.

“The Islamic Republic of Iran has always emphasized that there is no military solution to the problems in Afghanistan and the continued presence of foreign forces is one of the main reasons for the continuation of war in the country. All issues and problems in Afghanistan can be resolved only through dialogue and negotiation, and the responsible withdrawal of foreign troops is an inevitable prerequisite for achieving peace and security in that country,” it added.

“The Islamic Republic of Iran hopes that the Afghan government, political groups and the Taliban could reach a lasting agreement while preserving the valuable achievements of the Afghan people, including the Constitution, democratic structures, inclusive political participation, the rights and dignity of women, and the rights of ethnic and religious minorities. Iran also hopes that the agreement will ensure peace, tranquillity, well-being and prosperity for the Afghan people and in turn enable Afghan refugees to return to their country and play their part in the reconstruction, growth and development of Afghanistan.”

“The Islamic Republic of Iran once again expresses its readiness to assist in advancing the peace process in Afghanistan as in the past and to provide its facilities and capabilities to the Afghan brothers and sisters for this purpose. Iran also strongly condemns any political opportunism and profiteering from the intra-Afghan talks, especially by the US government for electoral purposes and considers such moves to be disruptive to the talks,” it concluded.