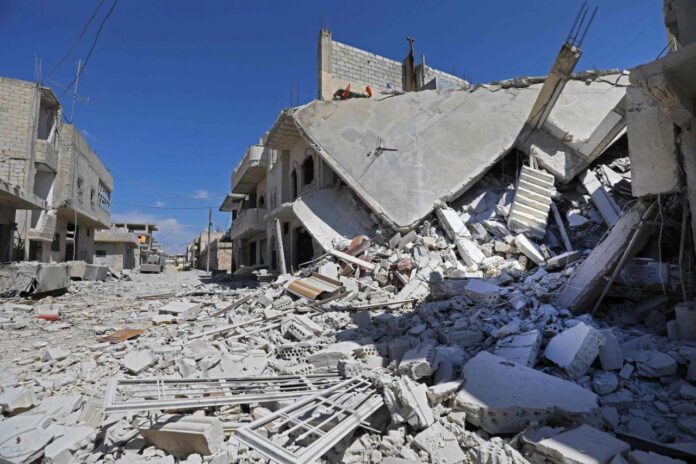 Permanent Representative of the Islamic Republic of Iran to the United Nations has warned about the threat of foreign-backed terrorists in Syria’s Idlib province.

Majid Takht-Ravanchi said continuation of current state of affairs in Idlib would further interrupt the restoration of Government’s control over all its territory and securing the safety and security of all its citizens, prevent the return of refugees and internally displaced persons, delay the country’s reconstruction, and hamper the political solution, all of which are inherently interlinked.

Speaking at a meeting of the UN Security Council over a surge in fighting in Syria’s northwest, Takht-Ravanchi said along with other Guarantors of the Astana Talks on Syria, the Islamic Republic of Iran continues to support keeping Idlib as a de-escalation zone.

He also stressed that this approach is based on a reality and a fundamental principle [as] there are a large number of civilians there whose lives must be saved.

He added that the answer is clear: the establishment of the Idlib de-escalation zone was only a temporary measure with the exclusive objective of protecting civilians, not providing terrorist groups with a safe haven. It does not limit the right of the Syrian government to fight Security Council designated terrorists, which of course have to be carried out in accordance with International Humanitarian Law. Therefore, both, defeating terrorists and releasing civilians are necessary.

Iran’s Permanent Representative to the UN further underlined that current situation in Idlib under which the most dangerous terrorist groups are allowed to use over two million civilians as human shields, continue their control over a large part of a sovereign State’s territory, and conduct their operations therefrom attacking both military and civilian targets beyond that area cannot and must not continue indefinitely.

“Persistence of this situation would enable terrorists to kill more civilians. This is in contradiction with the objective of the Idlib de-escalation zone’s creation. We should be vigilant enough not to confuse the protection of civilians with the protection of terrorists,” highlighted Takht-Ravanchi.

He also called for full respect by all to sovereignty, political independence, unity and territorial integrity of Syria.

“As underlined in the Joint Statement of recent meeting of the Guarantors of the Astana Process in Nur-Sultan on 25-26 April 2019, no action, no matter by whom, should undermine these principles. In this context, the Guarantors of the Astana Process also rejected all attempts to create new realities on the ground under the pretext of combating terrorism. Therefore, the US must put an immediate end to its illegal military presence in parts of Syria,” he went on to say.

Takht-Ravanchi also underscored that the Syrian government must be assisted in the formation of the Constitutional Committee facilitated by the SRSG Pedersen, whose efforts enjoys Tehran’s support.

“We encourage him to further strengthen its direct consultation with the Government of Syria.”

He said as stated in the aforesaid Joint Statement, there is no military solution to the Syrian conflict and the only option is to advance the Syrian-led and Syrian‑owned, UN-facilitated political process.

“Ultimately, the right to determine the future of Syria belongs exclusively to Syrians themselves. We must genuinely support the realisation of this objective.”

The UNSC meeting was held amid a recent escalation in clashes in Idlib after the Syrian Arab Army carried out an operation to counter numerous terrorist violations of an earlier de-escalation deal.

Under the agreement, which was sealed by Russia and Turkey last year, Takfiri groups in Idlib ought to pull out from regions bordering Syrian government-controlled territory, but they refused to do so.

“Neither the Syrian army nor Russia’s aerospace force launch any combat operations against civilians and civilian infrastructure. Our target is terrorists, which in fact some of you opt not to mention,” he stressed.

He also maintained that certain countries were trying to protect foreign-backed terrorists in Idlib.