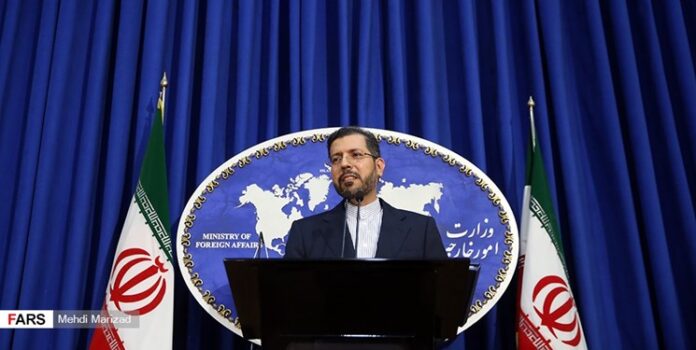 Foreign Ministry Spokesman Saeed Khatibzadeh says it is not at all acceptable that several rockets fired during the Karabakh conflict have struck Iran’s border areas.

“Unfortunately, worrying reports have been received today in this regard, and that is not at all acceptable, ” Khatibzadeh said on Thursday.

He dismissed the rumours that Iran’s border guards have reciprocated, but stressed that “maintaining the security and peace of the Iranian citizens living in the border areas is the red line of Iranian armed forces.”

The spokesman vowed that Iran would not remain indifferent in case of a repeat of such attacks.