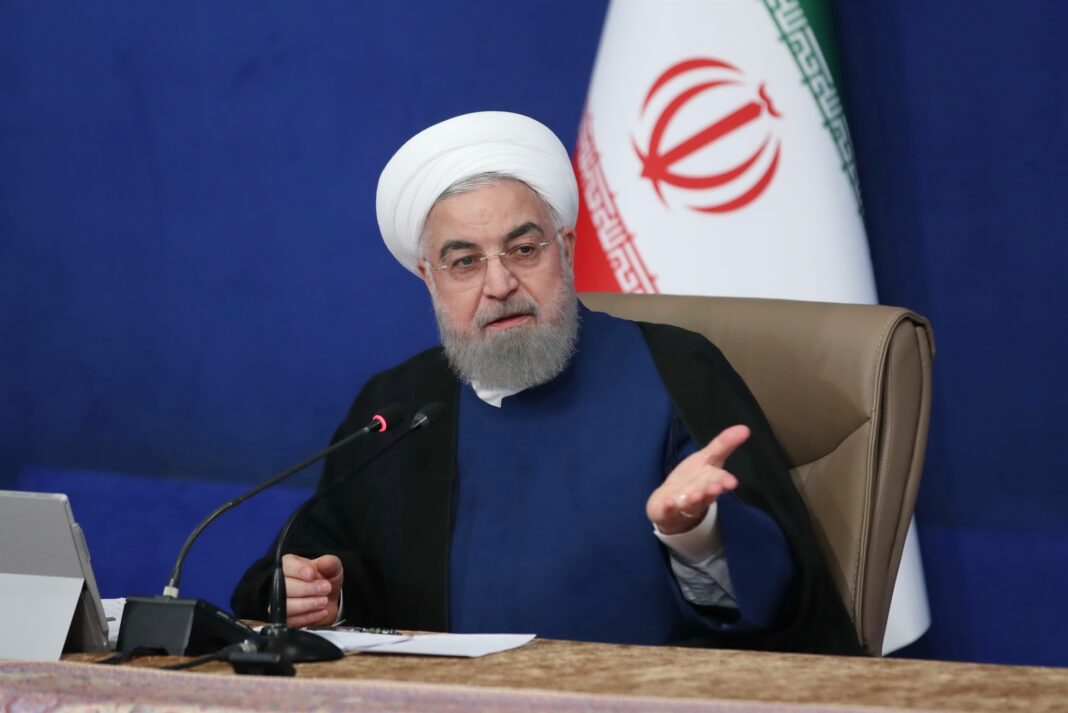 The Iranian president has slammed as unacceptable the deployment of Syria-based foreign terrorists to areas near Iran’s borders to get involved in the ongoing conflict between Armenia and the Azerbaijan Republic.

Speaking in a weekly cabinet session on Wednesday, President Hassan Rouhani underlined Iran has already fought terrorists in its neighbouring countries to keep them away from its borders.

“Over years, we have fought terrorists and forced them away from our borders, people like martyr Soleimani were on the ground and fought them, to kill terrorists right there and then keep them from getting close to our frontiers,” he said.

“We fought terrorists in Syria, Lebanon and Iraq with the help of their people. It is unacceptable if certain people want to take terrorists from Syria and other places to areas near the Iranian borders under different pretexts, and we have straightforwardly informed officials in both the Azerbaijan Republic and Armenia of our position in that regard,” he added.

President Rouhani said every effort should be made to prevent the Azeri-Armenian conflict from growing into a regional war. He warned third parties against fueling the flames of the war. President Rouhani further added Iran’s border security must be preserved amid tensions in the disputed Nagorno-Karabakh region.

He expressed regret over the ongoing war between Armenia and the Azerbaijan Republic, calling for an end to the fighting.

He also underlined the need to respect the Azerbaijan Republic’s territorial integrity.