Iran VP Denies Washington Post’s Report on Her US Visits 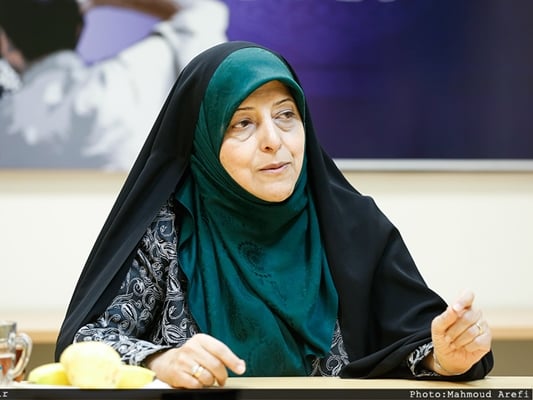 Iran’s Vice-President for Women and Family Affairs Massoumeh Ebtekar has denied having ever been to the United States since the 1979 Islamic Revolution of Iran, rejecting a claim raised by Washington Post.

On her Twitter page, Ebtekar rejected claims that she has travelled to New York after the Revolution.

“Misinformation or deliberate distortion of historical events; Washington Post using ambivalent title & photo to target an Iranian official. I officially announce that I have never entered the United States of America after the Islamic Revolution in 1979,” tweeted Ebtekar on Saturday.

Her response came in reaction to an article by Washington Post journalist Jason Rezaian, who suggested that Ebtekar has been to the US following the 1979 Islamic Revolution of Iran.

“A surprisingly large number of Iranian officials travel to New York each year for the UN General Assembly. Not only president Hassan Rouhani and foreign minister Mohammad Javad Zarif, but lower-profile ones such as Masoumeh Ebtekar, Rouhani’s vice president for women’s affairs,” wrote Rezaian in his article published by Washington Post on April 27.

Ebtekar was the spokesperson and translator of the Iranian students who, back in 1979, seized the former US Embassy in Tehran known as the Den of Espionage. Documents found at the building showed that the US was conducting spying activities there.

The students took dozens of American diplomats at the embassy hostage and held them for 444 days before they were released.