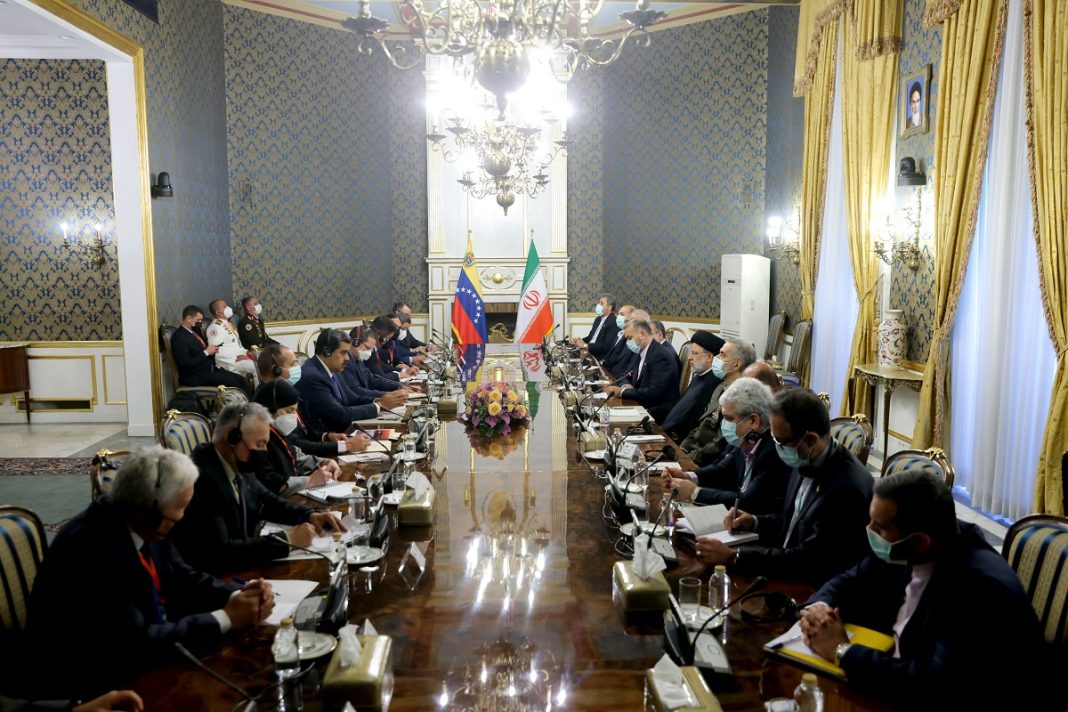 Iran and Venezuela signed a 20-year cooperation agreement on Saturday to bolster partnership in various fields, including oil, petrochemical and tourism sectors.

Iranian President Ebrahim Raisi and his visiting Venezuelan counterpart Nicolas Maduro as well as high-ranking officials from both countries were present in the signing ceremony in Tehran.

After a meeting with the Iranian president, Maduro told a press conference, “In 2022, we expanded our ties with the Islamic Republic of Iran and painted a bright future by signing a 20-year cooperation deal.”

He also added direct flights between Tehran and Caracas increased in July, which in turn is expected to boost tourism in both countries.

Maduro also praised Iran for its achievements in agriculture in recent years.
The Venezuelan president arrived in Tehran on Friday for a two-day official visit at the invitation of President Raisi.

Both Iran and Venezuela have withstood economic embargos by the United States, and have closely cooperated to cushion the impacts of the sanctions.