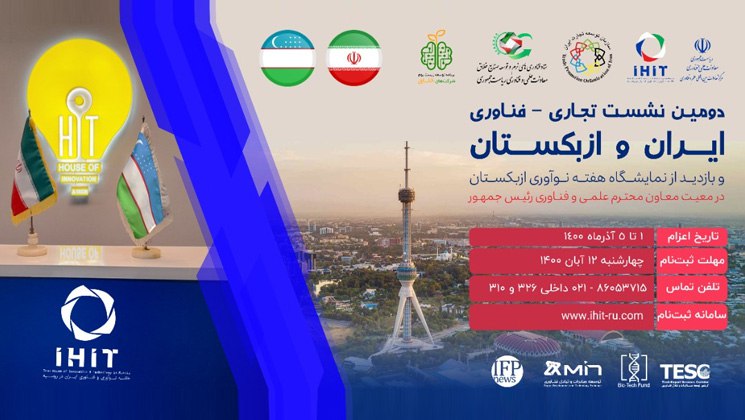 Iran and Uzbekistan are to hold their second meeting on trade and technology in a bid to boost mutual interactions in those areas. Vice President for Science and Technology Sorena Sattari is to travel to Uzbekistan on November 22 heading a trade-technology delegation in a bid to lay the groundwork for closer technological cooperation between the two sides.

One of the events to be held during the 3-day trip is the second Iran-Uzbekistan trade-technology meeting. The first meeting was held back in 2019 when a meeting of the two countries’ joint commission was also underway in the Uzbek capital, Tashkent.

The upcoming trip supported by the Science and Technology Department of the Presidential Office as well as Iran’s Trade Promotion Center will also feature joint trade meetings with peer Uzbek companies as well as industrial and trade visits to the country’s technological infrastructure.

Representatives of the companies travelling to Uzbekistan can also visit an innovation exhibit there.

As a key economic hub, Uzbekistan has served as a friendly country over the past years and Iran has sought to forge closer trade relations with it.

Accordingly, collaboration in the domains of technology and innovation between the two countries will help enhance bilateral ties in those areas.