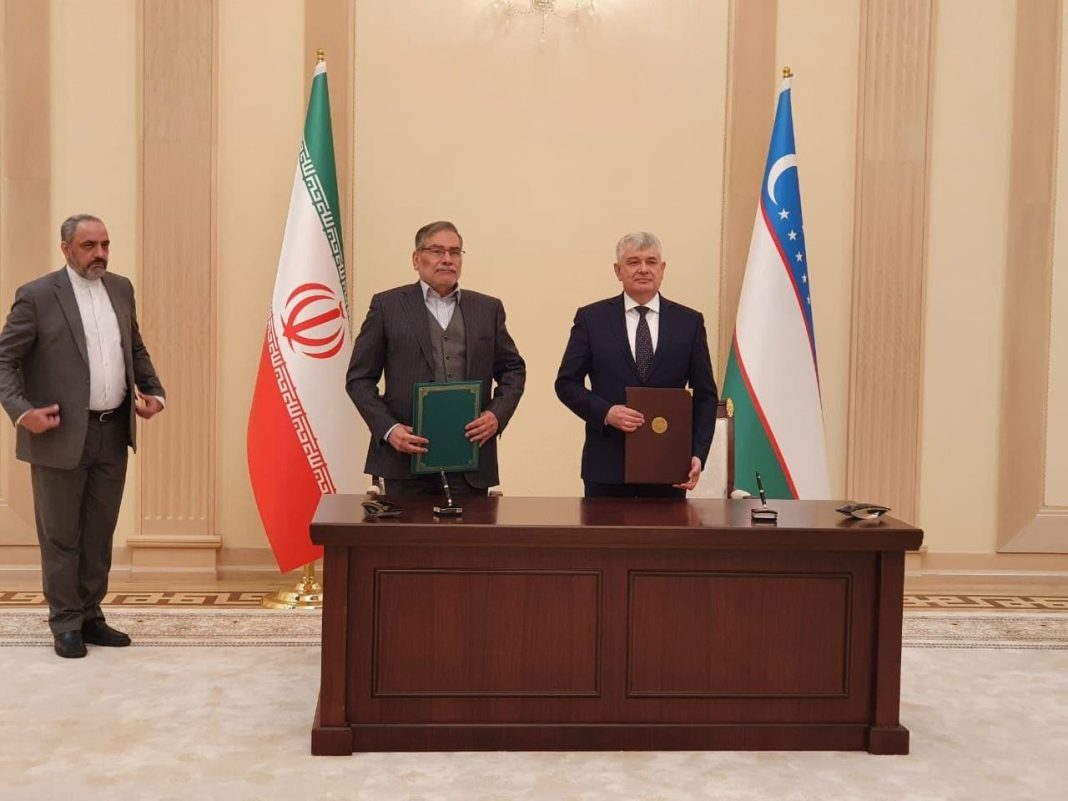 Iran and Uzbekistan have reached an agreement to set up a joint security committee, calling for closer relations in all other areas besides security and intelligence cooperation.

The document was signed on Wednesday during a meeting between Secretary of Iran’s Supreme National Security Council (SNSC) Ali Shamkhani and his Uzbek counterpart, Viktor Vladimirovich Makhmudov, in Tashkent.

The agreement paves the way for Tehran-Tashkent cooperation in fighting terrorism, extremism, drug trafficking, and other transnational organized crimes, according to an SNSC statement.

As part of their security-intelligence cooperation, the two states will convene annual committee meetings to assess the outcome of their joint efforts.

In a post on social media, Shamkhani described the inking of the agreement as an “important step” toward strengthening bilateral ties.

“Activating regional capacities to create lasting stability is a prerequisite for bolstering the policy of regional cooperation in [Iran’s] 13th administration,” the top security official added.

During the meeting, Shamkhani said, “Iran’s and Uzbekistan’s joint borders with Afghanistan necessitate joint cooperation in resolving the problems and establishing peace and security in the country.”

The Iranian security chief expressed hope for an acceleration of economic and trade relations between the two states.

In turn, Makhmudov urged a swift implementation of the deals reached between senior officials of Iran and Uzbekistan so that the two countries can maximize their cooperation in the fields of economy, transit and security.

He said Shamkhani’s visit to Tashkent would play a decisive role in promoting bilateral ties and fruitful security cooperation to safeguard regional stability and peace.

Shamkhani kicked off his visit to Uzbekistan on Tuesday.