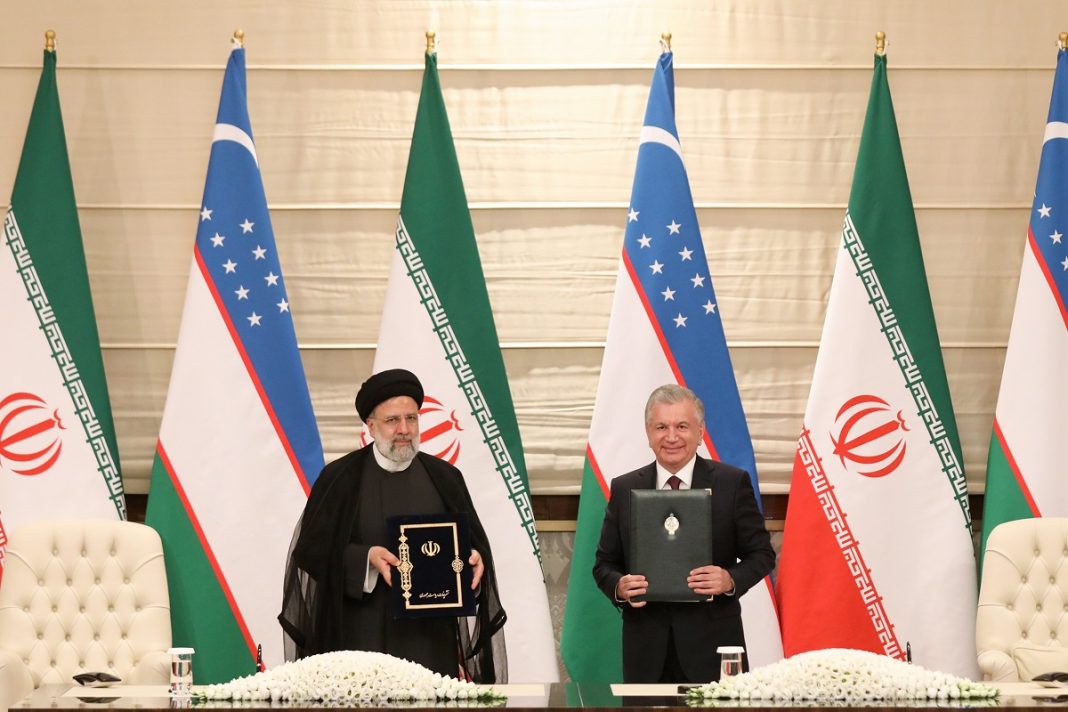 Iran and Uzbekistan have signed 17 memorandums of understanding with the aim of expanding their relations in different fields.

The documents were inked during a ceremony attended by Iranian President Ebrahim Raisi and his Uzbek counterpart Shavkat Mirziyoyev on Wednesday in Samarkand, Uzbekistan.

The MoUs enable the two sides to strengthen their cooperation in so many areas like trade, cargo transit, cultural exchanges and healthcare.

The Iranian president hailed the signing of the MoUs as a step toward expanding economic and trade relations between the two nations.

President Raisi added that the two sides are able to increase the volume of their trade by up to four times from the current annual figure that is approximately $500 million.

Raisi is in Samarkand to attend the Shanghai Cooperation Organization’s summit.

Iran is going to join the SCO as a permanent member. The Islamic Republic already holds an observer status in the organization.