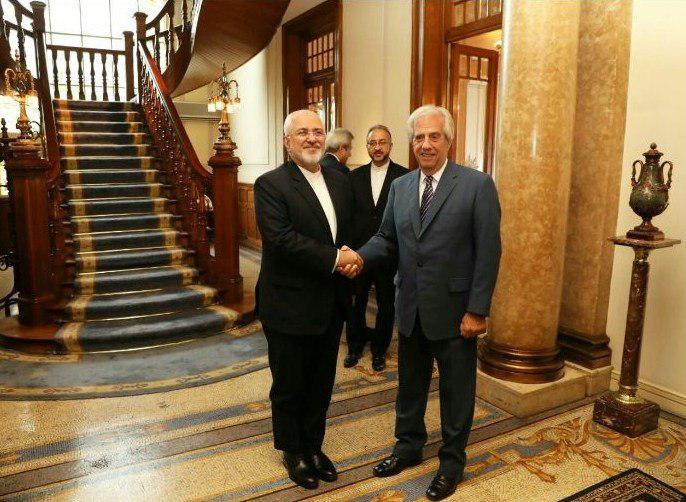 In the Wednesday meeting in Montevideo, Zarif hailed the traditional and continuous relations between Iran and Uruguay, and said the ties have always been based on mutual respect.

Given the good grounds for cooperation between the two countries, especially in the economic sector, bilateral cooperation and its diversification must be put on the agenda, he noted.

Zarif also called for the use of great cooperation capacities in the two countries that have not been used so far.

Moreover, due to the Uruguayan presidency over Mercosur, Iran’s greater link with the trade bloc through cooperation with Montevideo and Brasilia was discussed in this meeting.

Cooperation in the fields of banking, agriculture, construction of dams and knowledge-based companies were the other issues that the two sides talked about.

For his part, Vázquez welcomed the expansion of bilateral ties emphasizing that the economic cooperation between Uruguay and the Islamic Republic of Iran must be promoted in all areas.

Uruguay is the third destination of FM Zarif’s four-nation tour of Africa and South America. Accompanied by a high-ranking politico-economic delegation, the Iranian minister earlier visited Senegal and Brazil where he signed a number of MoUs in different fields. The tour will later take him to Namibia.