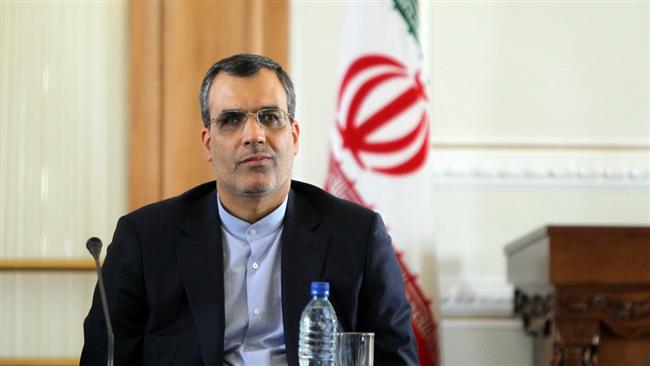 Iran says following close consultation between Iranian and Azeri officials, a more suitable condition has been created for Azeris to respect Islamic ceremonies as well as the sanctity of religious sites in Azerbaijan.

Iran has warned of plots by ill-wishers to harm the country’s relations with Azerbaijan, stressing the importance of remaining vigilant to thwart such schemes.

Iran’s Foreign Ministry Spokesman Hossein Jaber-Ansari said on Saturday that the Iranian people are concerned about Azerbaijan’s intensified wave of arrests and the killing of Shias in Nardaran district, north of the Azeri capital of Baku.

“The Iranian Foreign Ministry closely monitors different aspects of these events and is in constant contact with the country (Azerbaijan)’s relevant officials,” he said.

Following close consultation between Iranian and Azeri officials, a more suitable condition was created for Azeris to respect Islamic ceremonies as well as the sanctity of religious sites in Azerbaijan, including mosques, Jaber-Ansari said.

Azerbaijan has been carrying out a fresh wave of attacks on the majority Shias since November 26 when security forces killed four members of the Movement for Muslim Unity (MMU) during a raid in the village of Nardaran. At least 14 people were nabbed in the raid, including the MMU leader Tale’ Bagirzade, who is also known as Sheikh Bagirov.

In a later attack on Nardaran on December 3, policemen shot and killed five Shia Muslims and arrested 32 others.

Azerbaijan is a majority Shia state of more than nine million people. Shias account for 85 percent of the population.

The secular government of President Ilham Aliyev suppressed a Shia-dominated popular uprising in 2010 amid international outcry over his heavy-handed crackdown.​

On Thursday, ethnic Azeris in the northwestern Iranian province of East Azerbaijan gathered in front of Azerbaijan’s Consulate in the provincial capital of Tabriz to denounce Baku’s crackdown on Shia Muslims in Nardaran.

The protesters, who were marking the demise of the Prophet Muhammad (PBUH), called on Azerbaijan’s government to stop its anti-Islamic moves and immediately release those arrested in Nardaran over the past days.