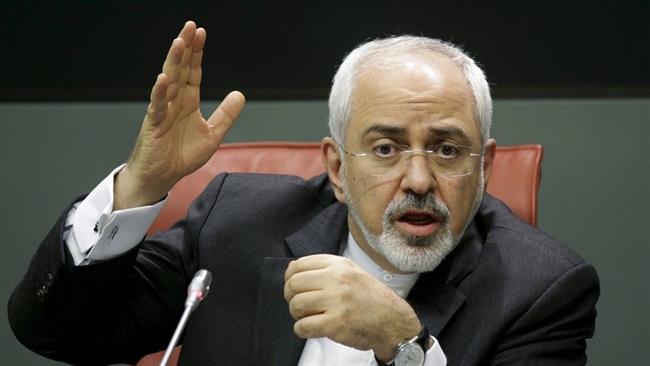 Iran says it wants the United States to publicly pledge that it would not penalize European banks for legitimate trade with the Islamic Republic.

The call was made on Thursday by Iran’s Foreign Minister Mohammad-Javad Zarif in a forum at the British think-tank Chatham House in London.

“Rebuilding the confidence of the banks that the United States will not re-intervene in their relations with Iran may require some further assurance from the United States,” Reuters quoted Zarif as saying.

“We don’t need any more legalese – we need clear precise assurances that banks can do business with Iran,” he said. “I hope that is fast coming because if not it would be a problem of implementation.”

Iran saw a series of nuclear-related economic sanctions lifted in mid-January when a landmark deal with the P5+1 group of countries – the five permanent members of the Security Council plus Germany – was implemented.

Washington still prevents US nationals, banks and insurers from trading with Iran and also prohibits any trades with Iran in U.S. dollars from being processed via the US financial system.

This is a significant complication given the dollar’s role as the world’s main business currency, the report added.

European banks are also cautious – with some, including Deutsche Bank and BNP Paribas, remembering past fines from US regulators for breaking sanctions.

Last April, BNP Paribas SA was sentenced to five years probation by a US judge in connection with a record $8.9 billion settlement resolving claims that it violated sanctions against Iran, as well as Sudan and Cuba.

Also, US regulators said in November 2015 that the Deutsche Bank will pay $258m in fines for doing business with US-sanctioned countries like Iran and Syria.