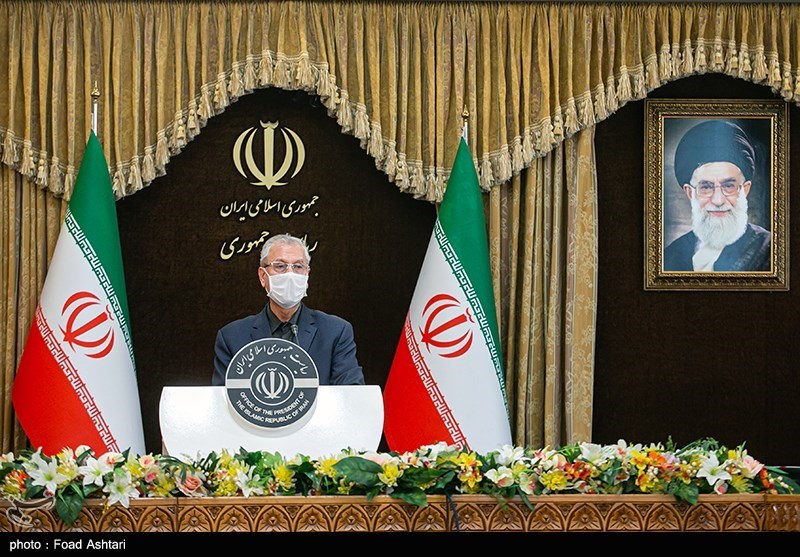 The Iranian government spokesman says Tehran urges the Azerbaijan Republic and Armenia to stop the killing of civilians in the Karabakh fighting, and stick to the Russia-brokered truce.

“As we have announced time and again, we welcome any initiative that can stop the war between Azerbaijan and Armenia and establish a ceasefire and prevent the killing of people,” he noted.

“I deem it necessary to express the Iranian government’s concern and regret over the killing of civilians and I stress the need to avoid a repeat of such incidents at a time when the region and the peoples of the regional countries need peace and tranquility more than ever,” said Rabiee.

“Fortunately, in light of diplomatic engagements, the two warring countries agreed on a humanitarian ceasefire. Of course, we also witnessed the harrowing violation of the truce whereby a number of people were killed,” he added.

He also expressed concern over the escalation of conflict in the Azeri city of Ganja.

The spokesman recalled consultations between Iranian officials and senior authorities of other regional countries to help settle the crisis.

“From the outset of the fighting and during the course of the Iranian president and foreign minister’s talks with their counterparts, we have expressed our viewpoints and made our efforts. We have held talks with the officials of other countries in the region,” he said.

“We have announced the official position of our authorities and we have announced our readiness for mediation. We are pressing ahead with our attempts. Based on the plans envisaged, we are moving forward with our negotiations with the warring sides,” the spokesman said.

“God willing, Iran’s humanitarian efforts will bear fruit. We are among the few players in the region that have a good relationship with all those involved in the crisis, including the warring sides or key regional countries. We have good bilateral ties with these countries as well,” he added.

“We will try our utmost to help bring a ceasefire to the Nagorno-Karabakh region and urge the warring sides to seriously respect international law and territorial integrity in all negotiations. We hope they will avoid any move that would destabilize the ceasefire and the first steps toward diplomacy and the truce,” he said.