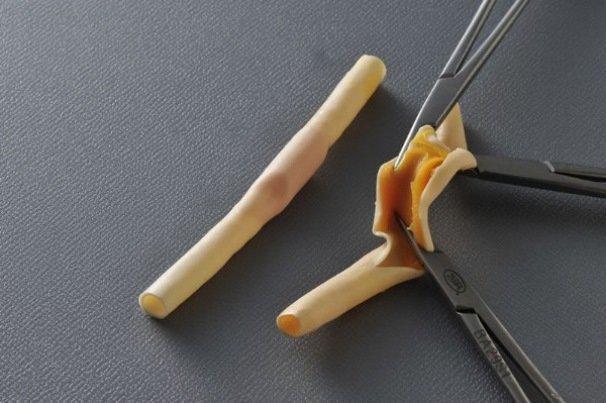 Iranian scientists have managed to produce an artificial vessel and a type of wound care dressing using polymeric materials.

The two technological developments were unveiled in a ceremony attended by the Head of Iran Polymer and Petrochemical Institute (IPPI) Mehdi Nekouhesh.

The polymer wound care dressing was invented as part of larger plan to find a treatment for a particular type of skin wounds, a Farsi report by Mehr said.

The artificial vessel was the second invention of the Institute’s scientists. The vessel, which is now at the clinical stage, used to be an imported good and is being produced for the first time by IPPI in Iran.

In addition to its medical functions in treating cardiovascular system and kidney diseases, it is also used in textile industry for producing shoes and sport jackets.