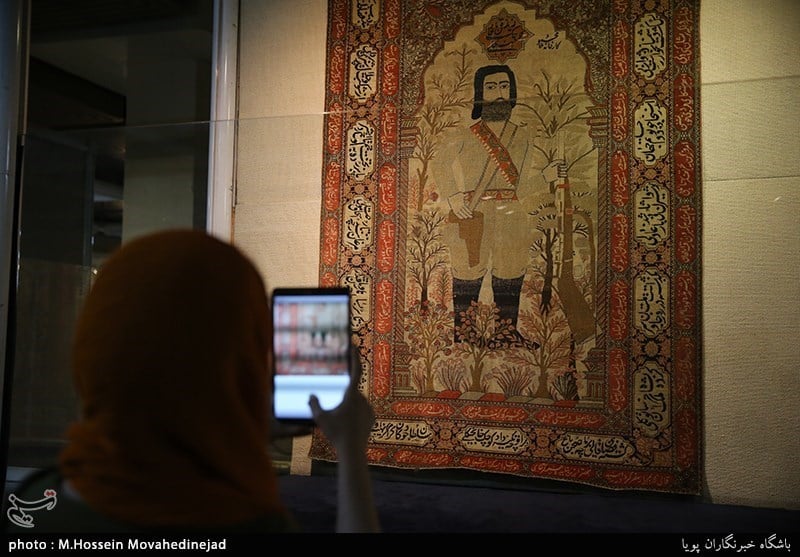 The Carpet Museum of Iran has unveiled a rug depicting the portrait of Mirza Koochak Khan, an early twentieth century revolutionary and nationalist.

It is estimated that the rug has been woven between 1911 and 1922 when Mirza Koochak Khan was still alive.

The 110-year-old rug was unveiled in a ceremony during the National Cultural Heritage Week.

The rug is decorated with a Persian poem in praise of Mirza in Nastaliq calligraphy.

The weaver of the rug is said to be an Iranian man named Molla Mahmoud Madihi. He was one of the leading eulogists and carpet weavers of his time in the city of Kashan. Madihi wove one of his poems in praise of Koochak Khan in the rug.

The rug is 2.2 x 1.3 centimetres. It used to be owned by an Iranian residing in Australia named Korki. But an Iranian collector from the Northern Province of Gilan bought the rug and returned it to Iran.

What follows are Tasnim’s photos of the rug:

Nowruz Khani, a tradition marking arrival of spring in Guilan