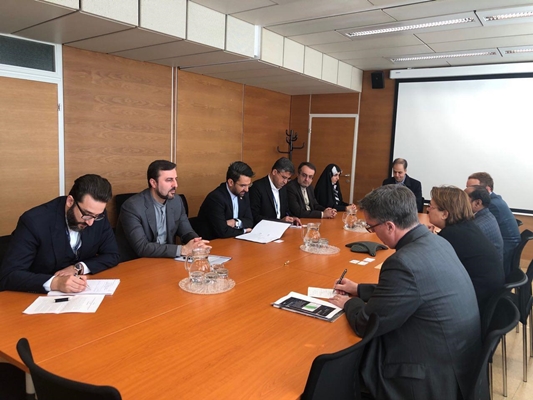 Iran's Ministry of Information and Communications Technology and the United Nations Office for Outer Space Affairs (UNOOSA) are to work together closely in the outer space domain.

That came in a meeting between Iranian ICT Minister Mohammad-Javad Azari Jahromi and head of the UN office Simonetta Di Pippo in the Austrian capital, Vienna.

Iranian Ambassador to the UN office in Vienna Kazem Gharibabadi was also present at the meeting.

The Iranian minister said Iran has made considerable progress in the outer space domain, and plans to launch a remote sensing satellite as well as two communications ones in the future.

“Iran’s measures are geared to developing peaceful activities in the outer space and reap the benefits of space technology for all Iranian people,” said Azari Jahromi.

He thanked the UNOOSA for its cooperation with regards to the recent flooding in Iran and called for closer cooperation between the two sides.

The UN official, in turn, said the UN office welcomes Tehran’s proposal for closer cooperation and will tap into UNOOSA’s potential in line with the cooperation plan to be put forward by Iran.