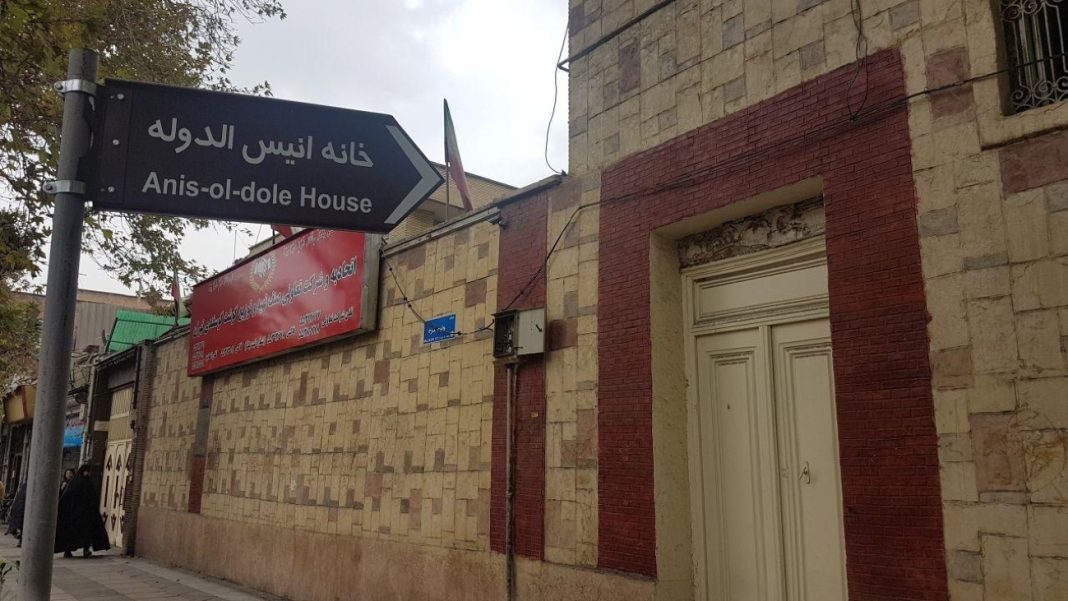 The House of Anisoddoleh dates back to the Qajar era. The building is on Tehran’s Valiasr Street. The monument was registered as a national heritage site in 2003.

The house is 140 years old and belongs to Ms Fatemeh Soltan Anisoddoleh, the third official wife of Qajar king Nassereddin Shah. Her nickname was “Queen of Iran.”

She was the famous and influential wife of Nassereddin Shah (1314-1258) and the house, which was named after her, seems to have been the woman’s residence in the last months of her life following the assassination of Nassereddin Shah. 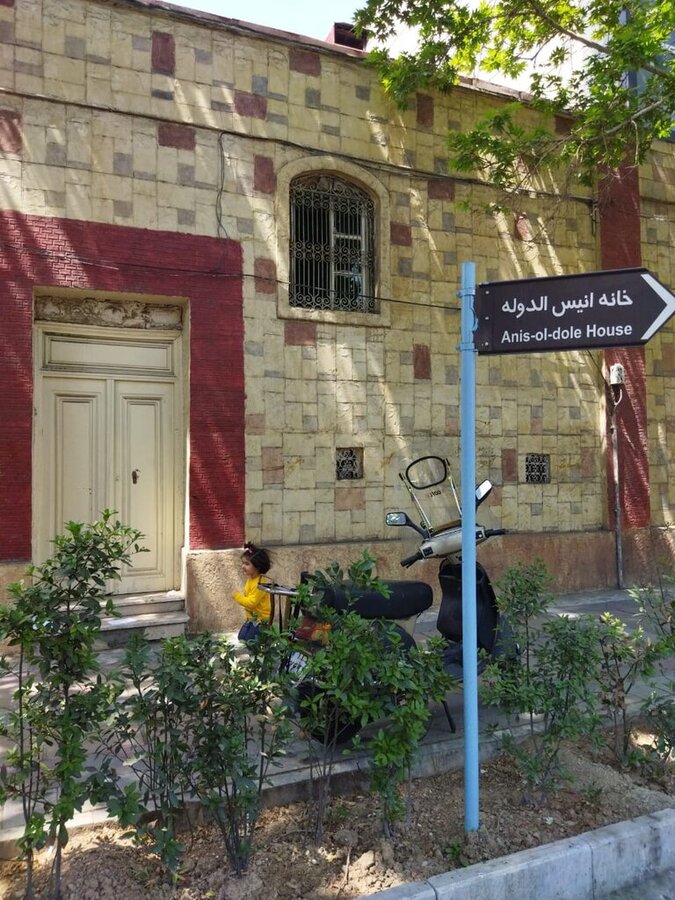 Anisoddoleh was the most beloved and most influential figure in the court of Nassereddin Shah.

She was superior to other wives of the Qajar king and we can view her as the queen of the Iranian monarchy back then as she had been decorated with the Order of the Sun (a decoration founded by Nassereddin Shah and reserved for princesses and women of high rank) and the Icon of His Majesty (a badge bestowed on important people by the Qajar king).

A history of the House of Anisoddoleh’s applications

After Nassereddin Shah’s assassination, Anisoddoleh resides in the house. During the Pahlavi Dynasty and after her death, the Qajar owners of the house sell it to the Ministry of Education and it changes from a house to a school. Famous Iranian scientist Professor Mahmoud Hesabi would study at the school.

A man named Nader Esfahani takes possession of the house in the year 1951. In the 1970s, it becomes the sheep meat guild union due to its closeness to Tehran’s slaughterhouse. It’s still the meat guild union. 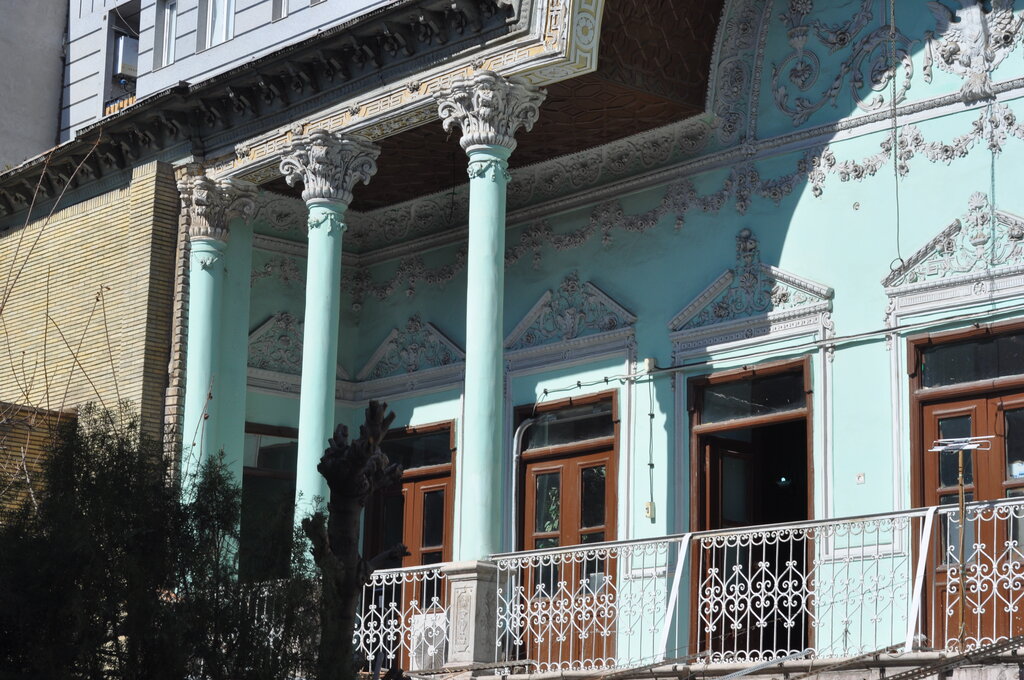 Architecture of the House of Anisoddoleh

The house covers an area of 721 square meters. It’s a two-story building in which there are few signs of the splendor of the Qajar mansions.

Built 140 years ago, the house has two doors. One door opens to the yard and the other opens directly to the building. There are very old trees in the yard. The building is one stair below the yard and has a porch with Greek columns. 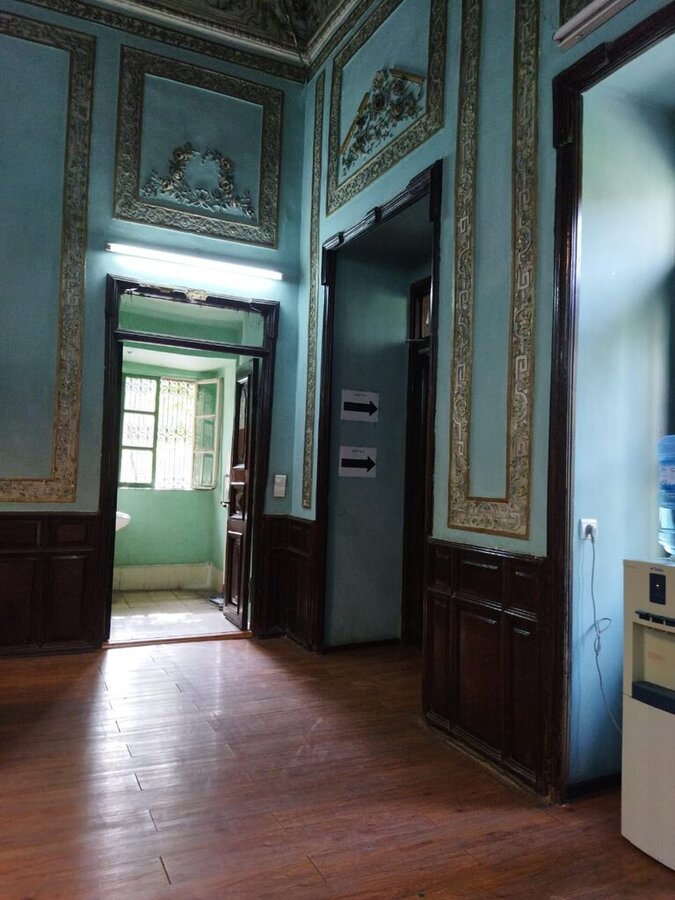 The first floor has two rooms, a kitchen, a bathroom, a dressing room, a storage room and a toilet. A staircase connects the first floor to the second floor where there are two big halls and a kitchen. The only decorations are the fireplaces.

The most important feature of this building is the facade of the porch thereof. The middle of the facade is decorated with a semicircular arch covered with stucco embellishments. Thus, this part of the building is reminiscent of the Massoudieh monument.

1-Where’s the House of Anisoddoleh?

The House of Anisoddoleh is on Tehran’s longest street, that is, Valiasr. Its exact location is above Molawi Crossroads, across from the Tehran Mahdieh.

2-Is the House of Anisoddoleh open to the public?

The monument is currently an administrative building and is not open to the public.