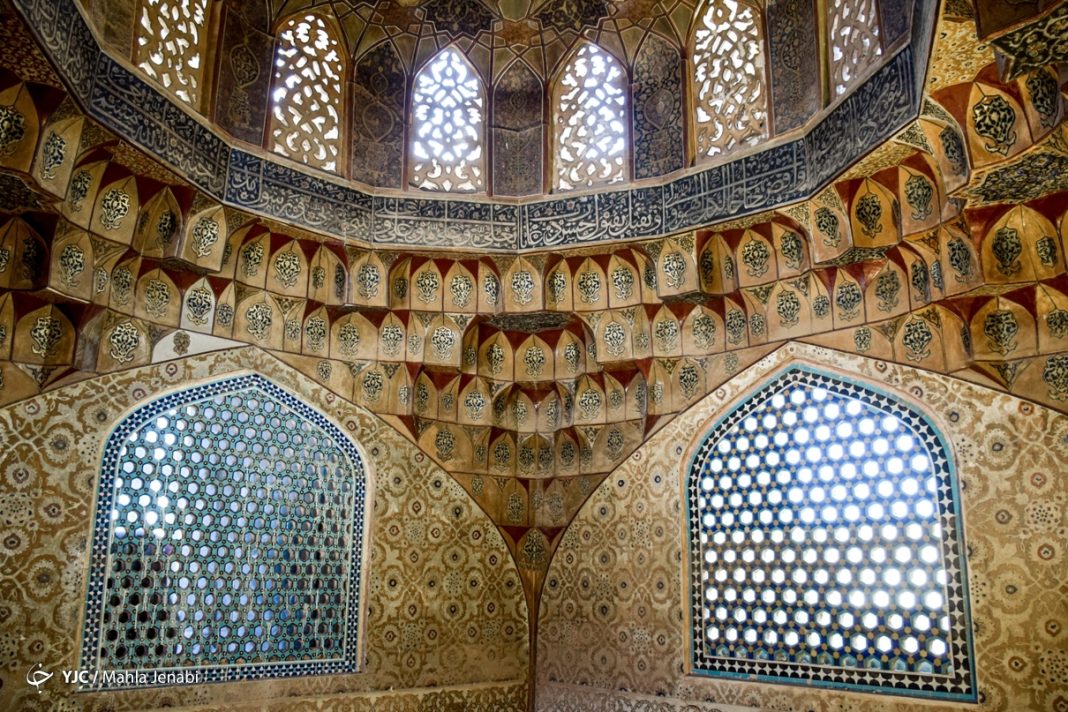 If you happen to be in the central Iranian city of Kerman, make sure to visit the historical Ganjali Khan Mosque as part of the ancient civilization of this tourist city.

Ganjali Khan Mosque is located on the northeastern side of Ganjali Khan Square and next to Ganjali Khan School. The mosque dates back to around 1007 AH during the Safavid era.

Ganjali Khan Mosque was built by Ganjali Khan, the appointed ruler of Shah Abbas Safavi. The mosque was the place of worship of the ruler of Kerman.

The building is a museum of the decorative arts of plastering, sculpture, calligraphy, embroidery and writings by Shahab al-Din Kermani and Alireza Abbasi.

Kerman is a beautiful city that still has many unknown aspects for tourists. The beautiful city is full of historical and cultural monuments that show the ancient civilization of the central province of Iran. Ganjali Khan Mosque is one of these works. 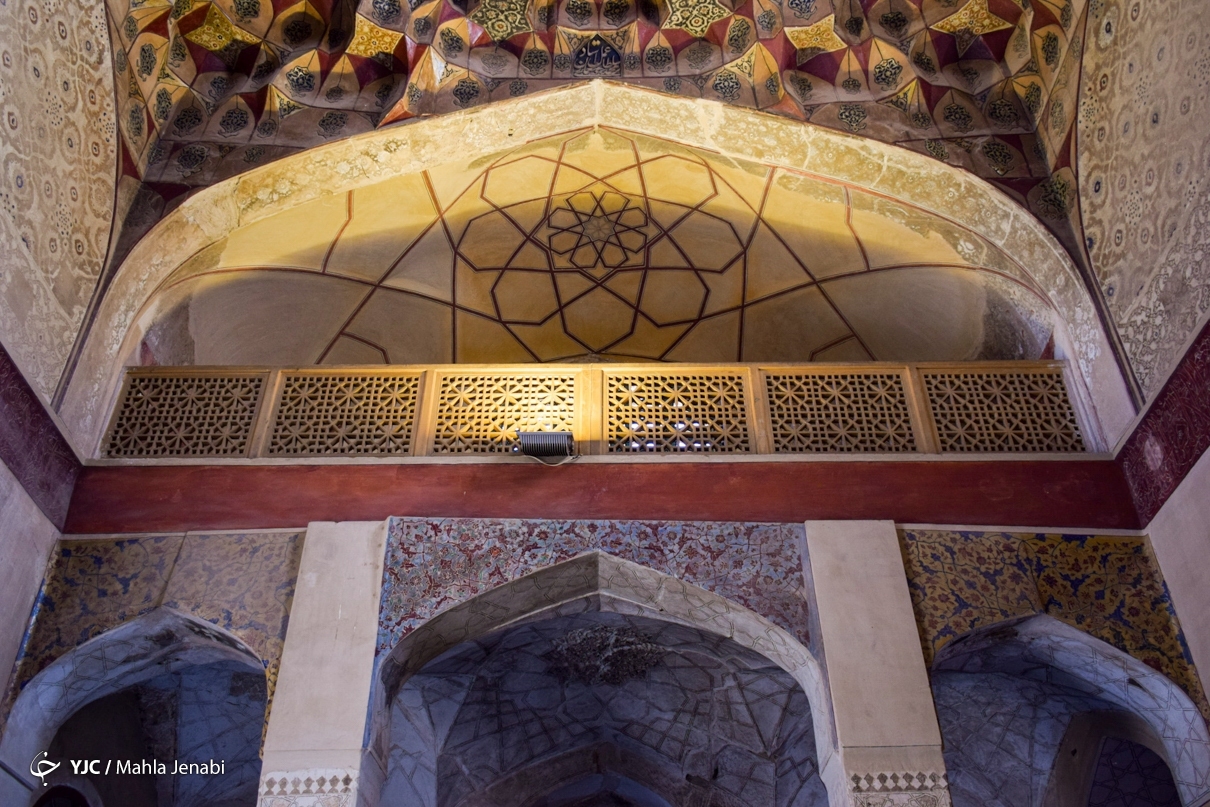 Where is Ganjali Khan Mosque?

Who Was Ganjali Khan?

Ganjali Khan was one of the famous rulers at the time of Shah Abbas Safavi who ruled over Kerman from 1005 to 1034 AH and built many monuments and buildings and made efforts to make the region prosperous.

From the very first day of his arrival, Ganjali Khan started basic construction measures. He first got a large square constructed in order to have public entertainment in the middle of the city.

The square, which is more than 100 meters long and 50 meters wide, is surrounded by private buildings on four sides and is considered an excellent collection of construction works of the Safavid era. 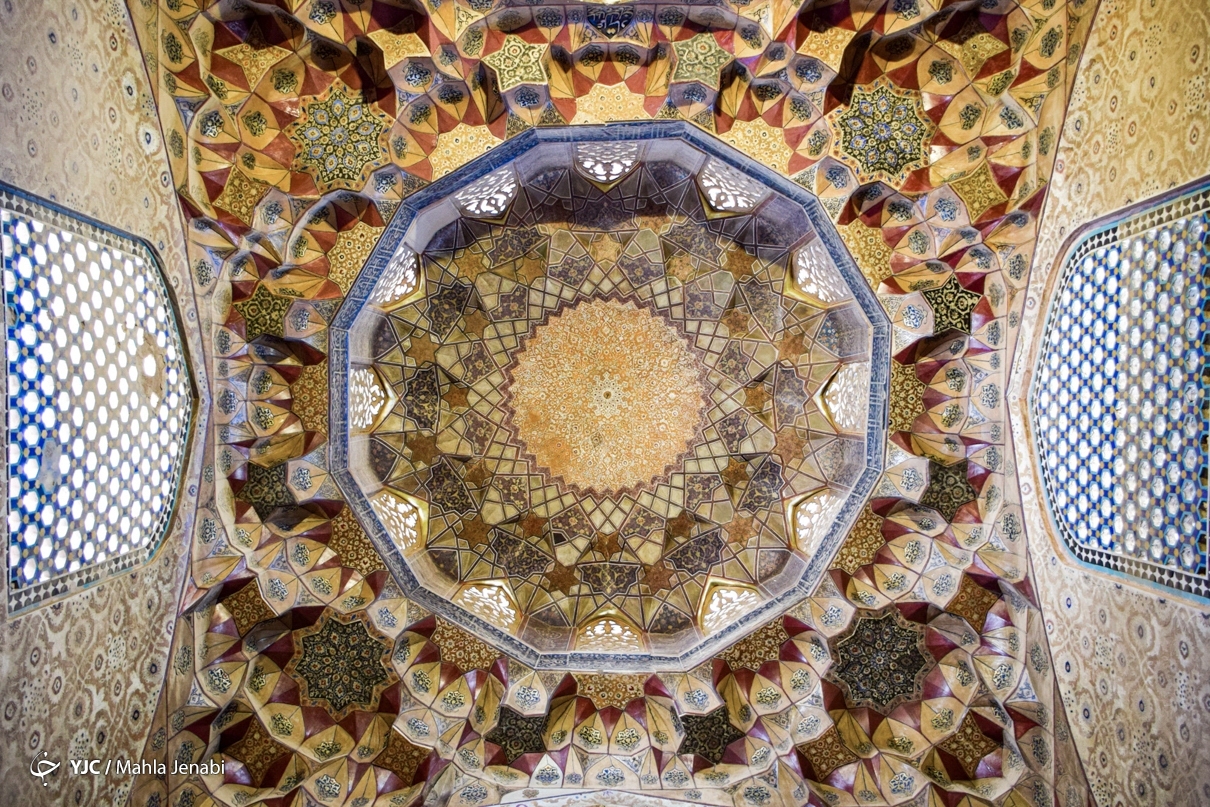 Ganjali Khan Mosque, as the exclusive mosque of the ruler of Kerman, is a part of the historical and cultural complex of Ganjali Khan in this city. The architecture of the building is unique and original.

Mohammad Memar, a progressive Yazdi architect with good taste, believing in this slogan, built the mosque in a relatively small area as a personal prayer hall for Ganjali Khan and his family. It is only 27.25 square meters.

The entrance to the mosque is narrow, dark and short. By passing through the corridor, you will enter a long, high, bright and beautiful space under the beautiful dome of the illuminated mosque. 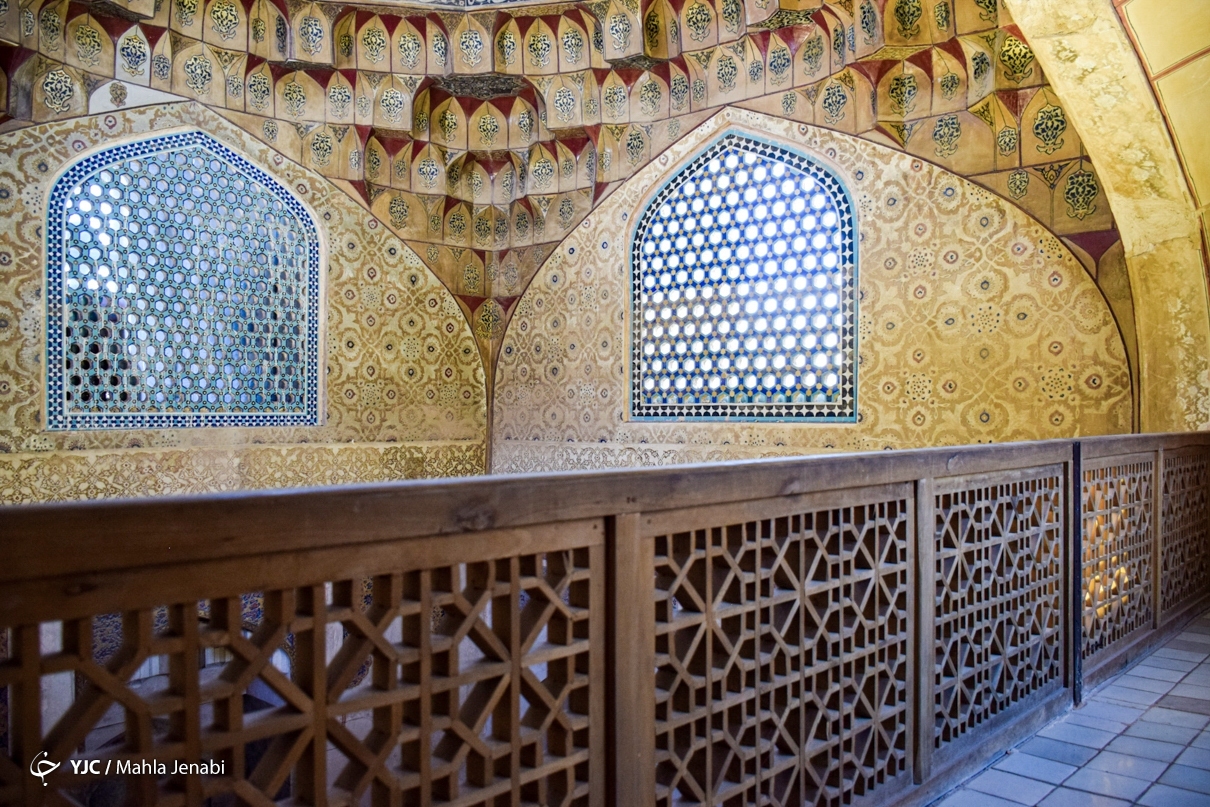 The Shabestan of the mosque is actually a museum of all kinds of Iranian arts. Embroidery, painting, ornamented vaulting and stucco have made the Shabestan spectacular.

The simple mihrab of the mosque with a little tiling above it and those relatively simple stone pillars have little to do with the beautiful and elaborated sashes of the dome. The twelve sash windows on top of the dome direct the light from above to the prayer room of the mosque and leave a spiritual space in front of you.

This building is a museum of the decorative arts of plastering, sculpture, calligraphy, embroidery, and writings by Shahab al-Din Kermani and Alireza Abbasi. The pictures you see are published by the Young Journalists Club.

Answers to your questions about Ganjali Khan Mosque and Kerman

1. What is the best season to visit Kerman?

Kerman is a province with a desert climate, so it is considered a suitable destination for tourists in the spring and second half of the (Iranian) year.

2. What are the must-see locations near Ganjali Khan Mosque?

Ganjali Khan Mosque is located in the old district of Kerman and many historical monuments can be seen nearby, including the Ganjali Khan square, bath, bazaar, reservoir, caravanserai, etc.