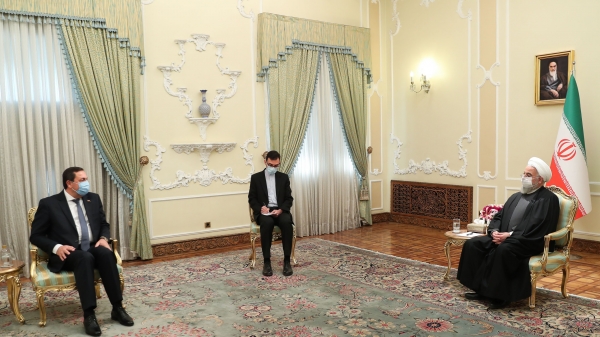 The Iranian president has reiterated that Iran will stand by the Syrian government and people until final victory against terrorism, the return of Syrian refugees to their homeland and the reconstruction of Syria.

“The Islamic Republic of Iran has always supported Syrian people in recent years when they have been defending their rights and fighting terrorism,” said the president when receiving the credentials of new Syrian Ambassador to Tehran Shafiq Dayoub.

The top Syrian diplomat, in turn, said his government and people would like to preserve all invaluable accomplishments achieved in strategic relations with Iran over the past four decades.

He appreciated Iran’s support and assistance for Syria in difficult times, and thanked Iran for helping Damascus fight terror and restore peace and stability to Syria.