Iran to Receive Loan from Russia for Its Infrastructure Projects 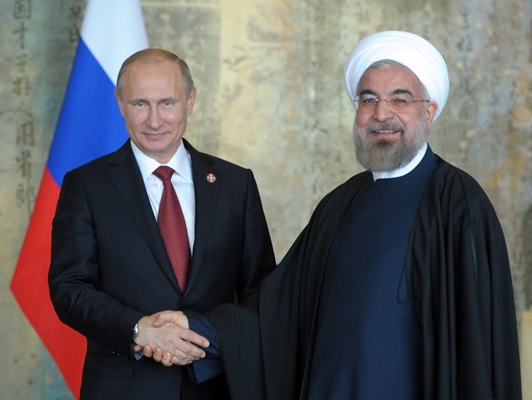 The Iranian cabinet has approved a bill that allows the government to receive loan from Russia for implementation of certain infrastructure and production projects.

According to a report by IFP, in a cabinet session on Wednesday, which was chaired by President Hassan Rouhani, the government approved a bill to receive loan from Russia.

The decision came as Iran and Russia have demonstrated a distinct effort in tightening their cooperation in energy, industrial and infrastructure projects and investment.

In July 2016, Russia and Iran signed a new strategic five-year plan that encompassed thirteen agreements that focused on energy, construction and trade.

It appears as if Russia has been given a priority position for investment: a $1 billion offshore rig contract was awarded to a Russian firm; 1 billion Euros of a total 2.2 billion Euro loan plan will be allocated by Russia towards construction of a power plant in Iran, and the construction of a new transport rail system called the North-South Transport Corridor (N.S.T.C.) connecting India, Iran and Russia via Azerbaijan is also to be co-financed by Russia.

To be able to increase its oil output significantly, Iran needs to replace its outdated oil equipment and infrastructure, which requires large foreign investments worth billions of US dollars.