‘Iran to Go Beyond %20 Enrichment after EU Deadline’ 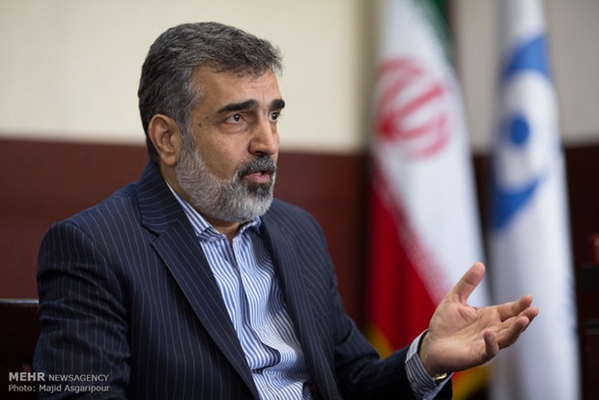 Iran says will definitely go beyond the 20-percent uranium enrichment limit it had committed itself to under the 2015 nuclear deal in case the European Union fails to meet Iran’s demands before the 60-day deadline.

Behrouz Kamalvandi, the spokesperson for the Atomic Energy Organization of Iran (AEOI), has, in an interview with the Al-Alam news network, elaborated on the country’s new measures with regards to the Iran nuclear deal known as the Joint Comprehensive Plan of Action (JCPOA). Excerpts of the interview follow:

– If we see there is no way out, we will begin moving in that direction gradually. And naturally, we have said before on numerous occasions that if we are supposed to keep moving back, we won’t even settle for the previous spot and will definitely go beyond that. What does that mean?

It means that if we, for example, produced 20-percent [enriched uranium] in the past, we might produce [enriched uranium at a purity level of] even more than 20 percent. As I said, it is like a domino effect. It is not something that the Islamic Republic of Iran has right now decided to do. But if the course of events unfolds in such a way that they fail to deliver on their commitments, well, naturally it would be like we have had an agreement one of whose parties has failed to implement it. So, we won’t keep our side of the bargain, either. That means we will return to the previous situation. But as we have said before, we won’t settle for the previous state, whether in terms of the number of centrifuges, the degree of [uranium] enrichment, or the type of centrifuges because more modern types [of centrifuges] can be used as well.

The first power station of Bushehr is operating well. Fuel was replaced, too. It has been up and running and it is feeding electricity into the National Grid. Now, power stations 2 and 3 are at issue. They are 3 to 4 months ahead of schedule. We began [building them] more than two years ago. Now, we have been working on them for two years and four months. However, the American did something silly. They said the new power stations at Bushehr nuclear facility are under sanctions. But which country is constructing them? Russia. And this country has announced that it does not accept US sanctions and won’t abide by them. So, what the United States said is just in word, and it cannot impede our work.

Iran was also under pressure when the first power station was being constructed. It was a difficult task from a technical point of view. A technology needed to be replaced with another one. There was also political pressure. However, Russia did its job and now the Russians have announced that sanctions will have no bearing, whatsoever, on Iran-Russia cooperation, especially with respect to the Bushehr nuclear facility. The US is saying something which cannot be done, and the Russians responded to Washington’s move.