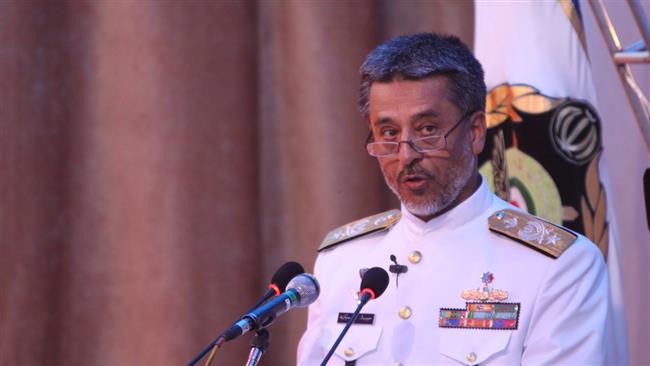 “We are a peaceful nation and are not in the habit of trespassing the borders of other countries,” he told IRNA, adding that Iran will, however, have its military vessels sail in international waters as they belong to all the countries of the world.

The Iranian commander said that Iranian vessels have had continuous presence in an area that covers the northern limits of the Indian Ocean, a waterway, which Sayyari said, is of geopolitical and commercial importance to Iran and the entire world.

He said more than a third of the global trade transit takes place through the northern part of the Indian Ocean, and for Iran, a country which relies on maritime transportation for more than 90 percent of its exports, the presence would be of high significance.

Iranian flotillas have already been to several areas in the high seas, including waterways near India, Sri Lanka, the Equator, Indonesia, the Strait of Malacca, the Pacific Ocean, the Suez Canal, the Mediterranean and the South Indian Ocean, Sayyari said.

Iranian interests in the Gulf of Aden

“We have interests in the Gulf of Aden because our commercial ships are sailing, and we have to protect the safety of these vessels,” Sayyari said.

He also elaborated on the presence of the Iranian 34th flotilla in the Gulf of Aden, saying that Iran has dispatched the flotilla to the waterway to escort the ships sailing there.

He said that the flotilla, which is comprised of the Alborz Destroyer and the Bushehr logistic vessel, is currently patrolling the region with the aim of ensuring security, adding that it will be ready to help other ships if need be.

The 34th fleet of the Iranian Navy began its journey toward the Gulf of Aden on April 9. The ships entered the waterway through a passage between the boundaries of Yemen and Oman before reaching the Bab-el-Mandab Strait. After sailing through the strait, the ships will sail toward the Red Sea, according to Sayyari.