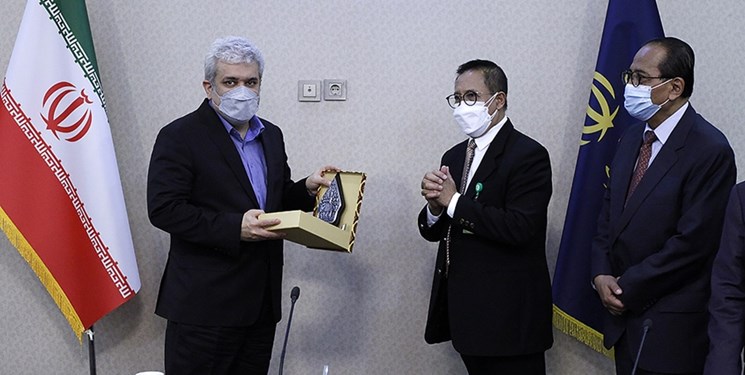 Iran has, in a virtual ceremony, signed with Indonesia a contract to export the domestically-made Sina surgeon robot to the Southeast Asian country and establish two advanced tele-robotic surgery skills centres there.

In addition to the contract signed by the Sina Robotic Company of Iran and the Indofarma Pharmaceutical Company of Indonesia, an executive document was signed between the Iranian Nanocommission and the Treatment Department of the Indonesian Health Ministry.

Speaking in the ceremony, Sattari said the Science and Technology Department of the Iranian Presidential Office and the Indonesian Health Minsitry had close cooperation back in 2019.

“Since then, at least 4 events have been held in the health sector in cooperation with the two countries,” he noted.

“I know that during this time, a number of face-to-face meetings have been held between Iranian knowledge-based firms and Indonesian companies, which has resulted in technical and trade cooperation between the two sides,” the vice president said.

“I hope this cooperation will grow and continue until [the end of] 2021,” he added.

“We are trying to sustain that cooperation in the form of developing tele-robotic surgery technology, developing laws and regulations related to digital health, developing relevant infrastructure and biotechnology medicines as well as API,” Sattari said.