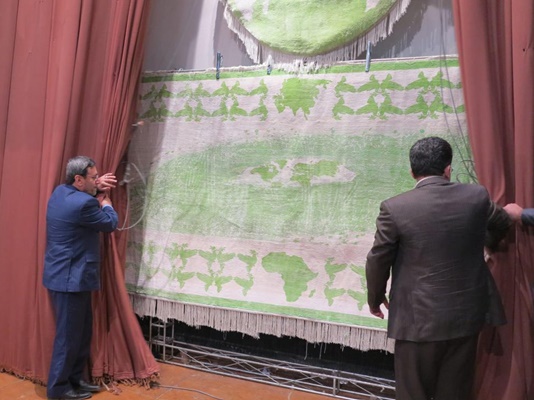 Iran has recently unveiled a carpet on which a message of peace is written in 105 languages and is going to be exhibited at the United Nations headquarters in New York City.

According to a report by IFP, the ‘White Carpet’ woven by the carpet weavers of Bukan, a city in West Azarbaijan Province in northwestern Iran, uses white and olive green fibres and is decorated with 196 pigeons carrying olive branches to symbolize world peace.

The carpet has been woven in two separate pieces measuring 12 and 16 square metres each.

Originally made to be permanently exhibited at the UN headquarters, it also carries the word ‘Peace’ written on its texture in 105 world languages.