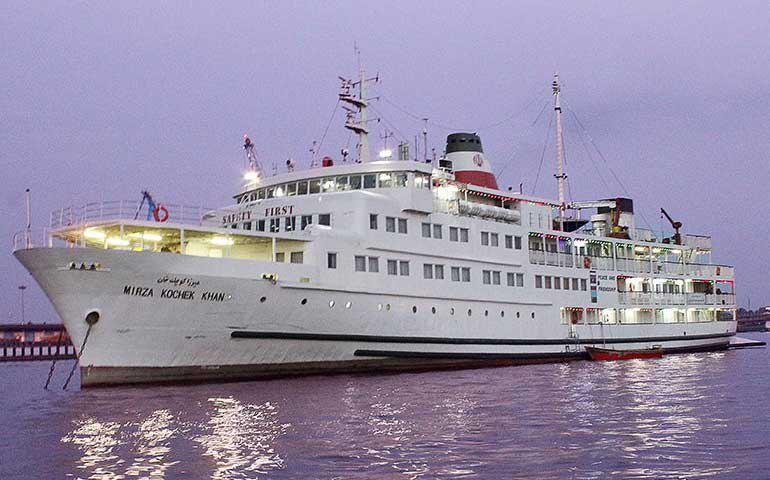 The Islamic Republic of Iran is to produce different types of passenger vessels to further develop marine tourism in its northern and southern bodies of water.

The Marine Industries Organization of the Ministry of Defence and Logistics of the Iranian Armed Forces is tasked with running the project, says Rear Admiral Amir Rastegari, the head of the organization.

The admiral said the Anzali Free Zone in northern Iran is making good progress, describing the developments there as very favourable.

“The development of marine tourism will increase job opportunities and boost business in Gilan province,” he told the CEO of the Anzali Free Zone.

Vice-Admiral Rastgari, who is also the deputy defence chief, said it has been years that the Marine Industries Organization has been pursuing policies in line with economic resilience with a look to domestically-produced products.

“The Marine Industries Organization is fully prepared to forge closer cooperation with the Anzali Free Zone in a bid to develop marine tourism,” he said, a Farsi report by Mashregh News said.

He noted one of the key advantages of the Anzali Free Zone is its proximity with the marine industries of the port of Anzali.

“As an active industry, the Martyr Tamjidi Marine Industries of Anzali Port is prepared to repair and render services to different types of vessels and meet their maintenance needs.”

“In order to realize the motto of the year, this year efforts are being made to support Iranian-made goods by producing more domestically-made vessels,” said the deputy defense chief.

He said the Marine Industries Organization is pursuing the policy of developing all-out relations with the Anzali Free Zone,” he underlined,

He said a memorandum of understanding has been signed between the two sides on the construction of marine vessels in the Anzali Free Zone.

“Efforts are being made to make it possible for local and foreign tourists visiting the Caspian Sea to make the most of the potentialities of the sea by using Iranian vessels.”

He said vessels are to be built using clean energy in order to promote tourism in lagoons.

“Since last year, production of vessels using clean energy without using fossil fuels has been on the agenda of the Marine Industries Organization,” said the deputy defense chief.

Given the talks held with the Anzali Free Zone, said the admiral, efforts are being made to kick off the construction of vessels this year.

“The Iranian capability, potential and knowledge are able to meet all the marine needs of the country,” he noted.

“Such potentialities are realized by seasoned domestic experts, and efforts are being made to set the stage for local producers’ development.”

With a coastal line of 5,800 km (including its islands) and thanks to its access to strategic international waterways, Iran has great potentialities for expansion of its marine industries.

Maritime industry in Iran comprises a wide range of areas such as shipbuilding, offshore structures, fisheries, transportation, ports, and tourism; hence, it is considered one of the most strategic sectors of the country.

According to the data released by the Iranian Vice-Presidency for Science and Technology, Iran has in recent years experienced a significant progress in marine science advancement and improved its rank from 24 to 9 within 16 years. Iran also stands at the first place in the Middle East with other countries of the region lagging far behind it.